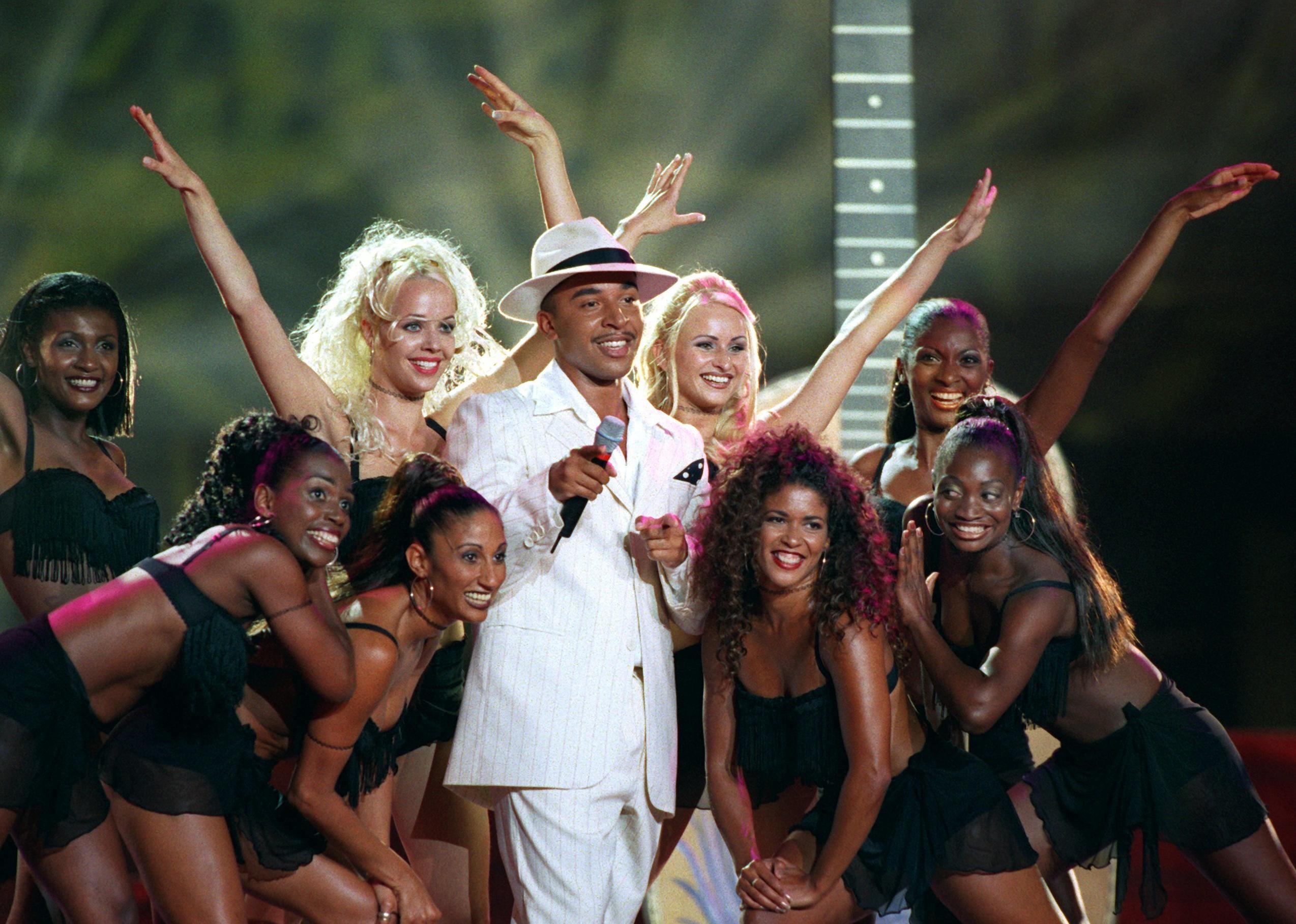 One-hit wonders occupy a unique and emotional place in our collective memory, transporting us to a specific time and era of popular music. You may have never learned the artists' names or followed them on tour—these weren't necessarily singers and bands that released hit after hit—but you suddenly find yourself singing every word even if you haven't heard the song in years.

The 1990s was a particularly fertile time for one-hit wonders across genres—including the lovesick ballad of Sinéad O'Connor's "Nothing Compares 2 U" and the infectious horns of "Jump Around" by House of Pain. The decade was a more volatile period in music than people may realize or remember. From the sudden lightning of grunge that all but extinguished the dominance of '80s hair metal to the rise of hip-hop and rap, which inextricably found their way into mainstream radio, popular music looked very different at the dawn of the millennium than it did at the beginning of the decade. And along the way, a wide array of one-and-done hits dominated airwaves and continue to find heavy rotation on today's radio stations and curated playlists.

To revisit some of the greatest flash-in-the-pan hits of the decade, Stacker compiled a list of one-hit wonders from the 1990s using Billboard chart data and music industry news from the time. Don't miss our Spotify playlist featuring the forthcoming tracks.

You may also like: Famous songs about every state

'Nothing Compares 2 U' by Sinéad O'Connor 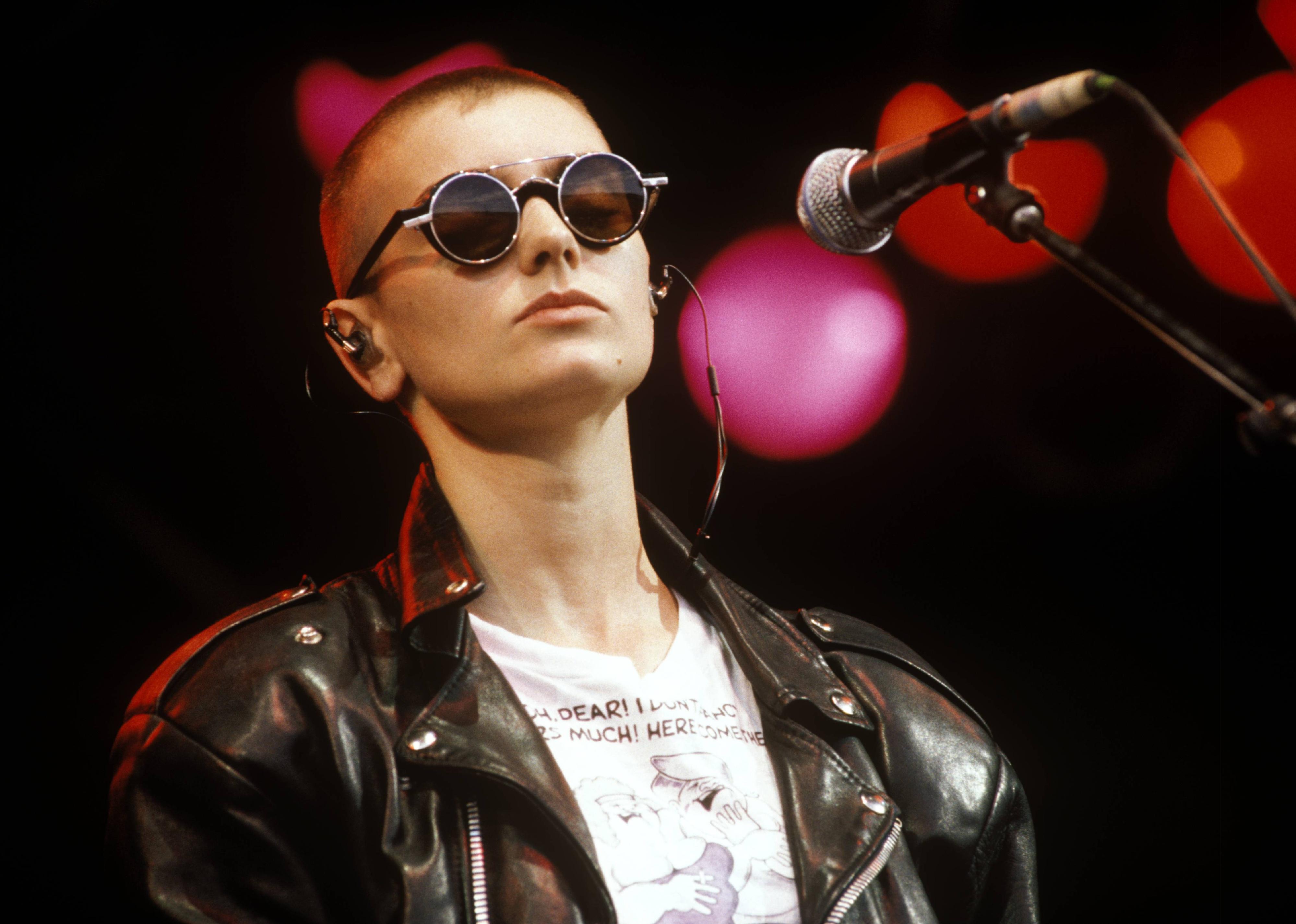 "Nothing Compares 2 U" was originally written and composed by Prince and released on his 1985 eponymous debut album. It wasn't until 1990 that it skyrocketed to popularity when Irish singer Sinéad O'Connor recorded a version of the song for her second studio album, "I Do Not Want What I Haven't Got." O'Connor went on to have a successful music career across three decades and only recently retired in 2021. Released in 1990, "Ice Ice Baby" was the first hip-hop single to reach the U.S. Billboard Hot 100. While some credit it with helping to bring hip hop to a mainstream audience, it ignited some controversy due to the bass line sampled from Queen and David Bowie's "Under Pressure" without permission. Queen and Bowie threatened a copyright infringement claim that was eventually settled out of court.

'Life Is a Highway' by Tom Cochrane "Life is a Highway" reached #7 on the U.S. Billboard Hot 100, but was a #1 hit in Cochrane's native Canada. Rascal Flatts later covered the song for the 2005 "Cars" movie soundtrack; their version also peaked at #7 on the Billboard Hot 100. Cochrane continues to tour and perform in Canada.

'Baby Got Back' by Sir Mix-A-Lot 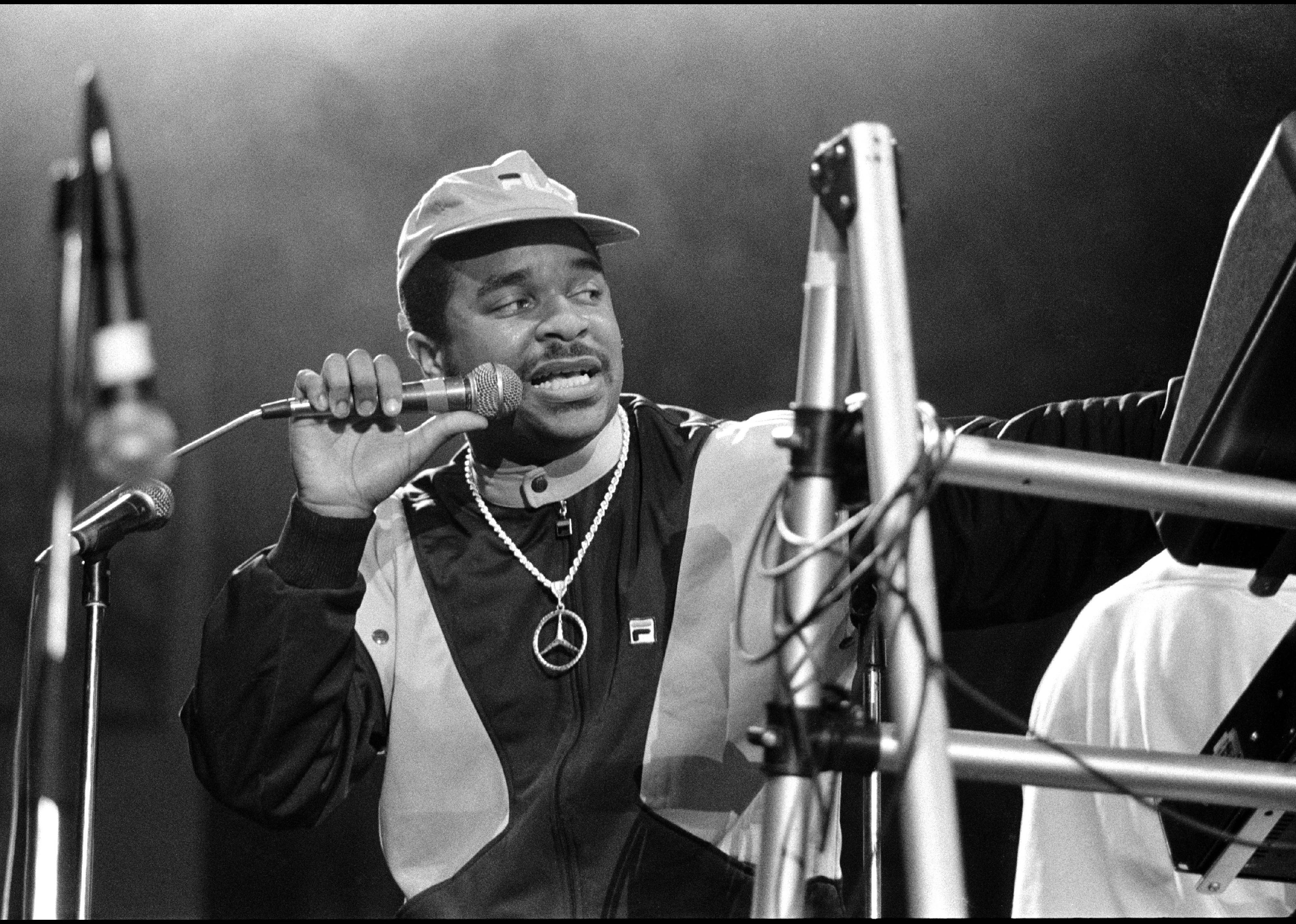 Sir Mix-a-Lot was inspired to write "Baby Got Back" both by the lack of representation of full-figured women in media and having witnessed the struggles his model girlfriend Amylia Dorsey faced trying to find work in the modeling world. The song initially caused controversy with its blatantly sexual lyrics about women—MTV even banned its music video at one point. However, it became the second bestselling song in the U.S. in 1992 and is considered one of the greatest hip-hop songs of all time.

'Jump Around' by House of Pain "Jump Around," produced by Cypress Hill's DJ Muggs, was originally offered to Ice Cube, who refused it. Three-piece House of Pain later picked up the song, which became an international hit, charting in Canada, Ireland, the Netherlands, the United Kingdom, Belgium, Sweden, Australia, and New Zealand. House of Pain went on to release three albums in the 1990s before its members went their separate ways, but the song has remained famous for its use in sporting events.

You may also like: Ranking The Beatles' solo albums

'What Is Love' by Haddaway 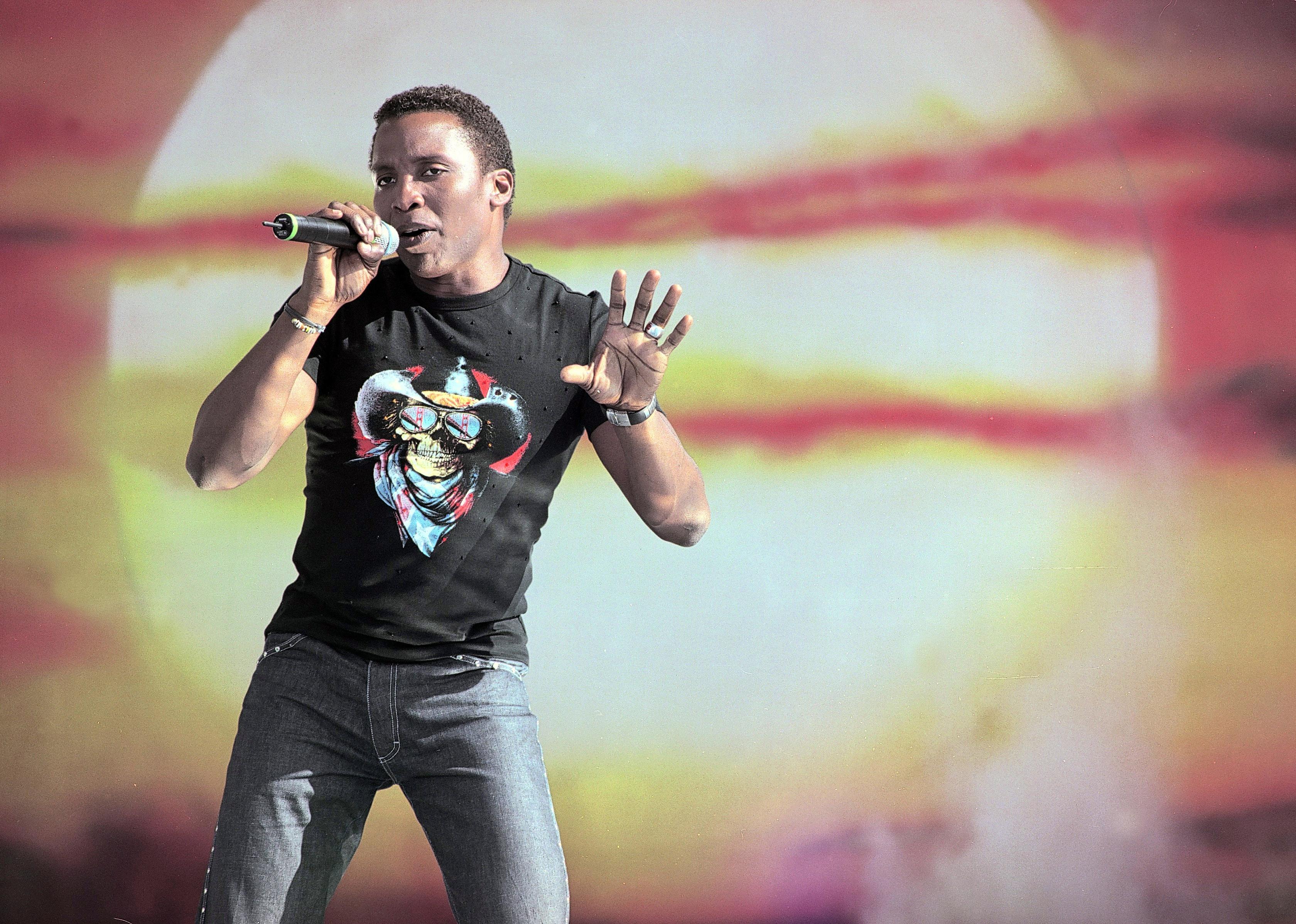 Written by German pop composer Dee Dee Halligan and his partner and wife Karin van Haaren (also known as Junior Torello), "What Is Love" became a #1 hit song in at least 13 countries, which boded well for Haddaway, a Trinidadian-German Eurodance artist, who made his debut with the song. He released a second album, "The Drive," that charted in 1995, but his following albums failed to chart. This song was actually originally released in 1988 on the Proclaimers' album "Sunshine on Leith," but it was not until the song was featured in the Johnny Depp romantic comedy "Benny & Joon" that it finally rose to mainstream popularity. The song was truly a one-hit wonder—singer Craig Reid said that the band's earnings are about five times the rest of their catalog combined. The Proclaimers continue to have a successful touring career. 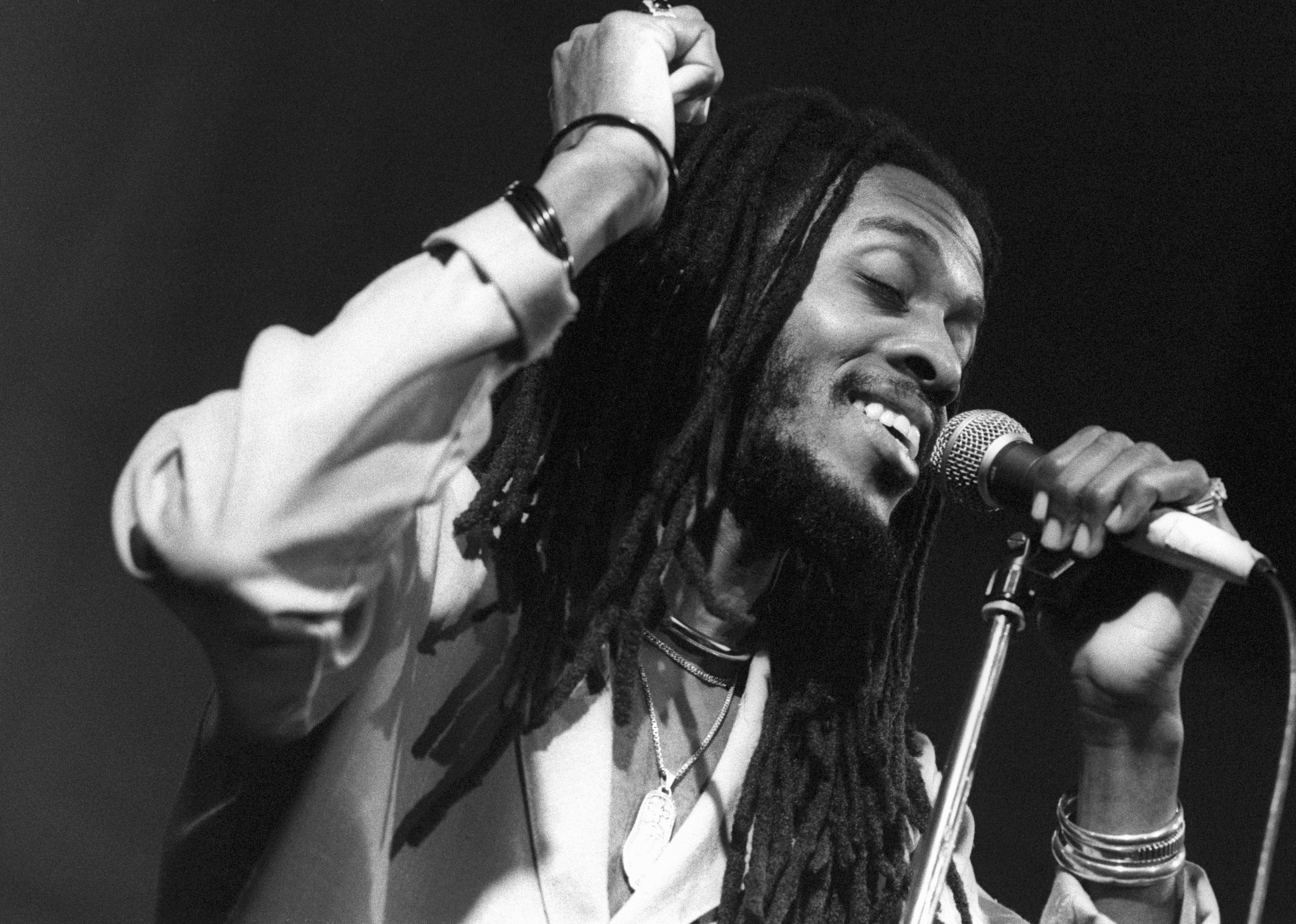 When "Here Comes the Hotstepper" rose to popularity in the early 1990s, Jamaican artist Ini Kamoze was 37 years old, and his career was nearly over. But the song's infectious "naaaa na na na naaaa..." chorus and lyrics that it takes multiple listens to puzzle out catapulted him to unexpected fame. He went on to release four albums, write a play called "Runnings," and a book about the history of Port Royal in Jamaica. 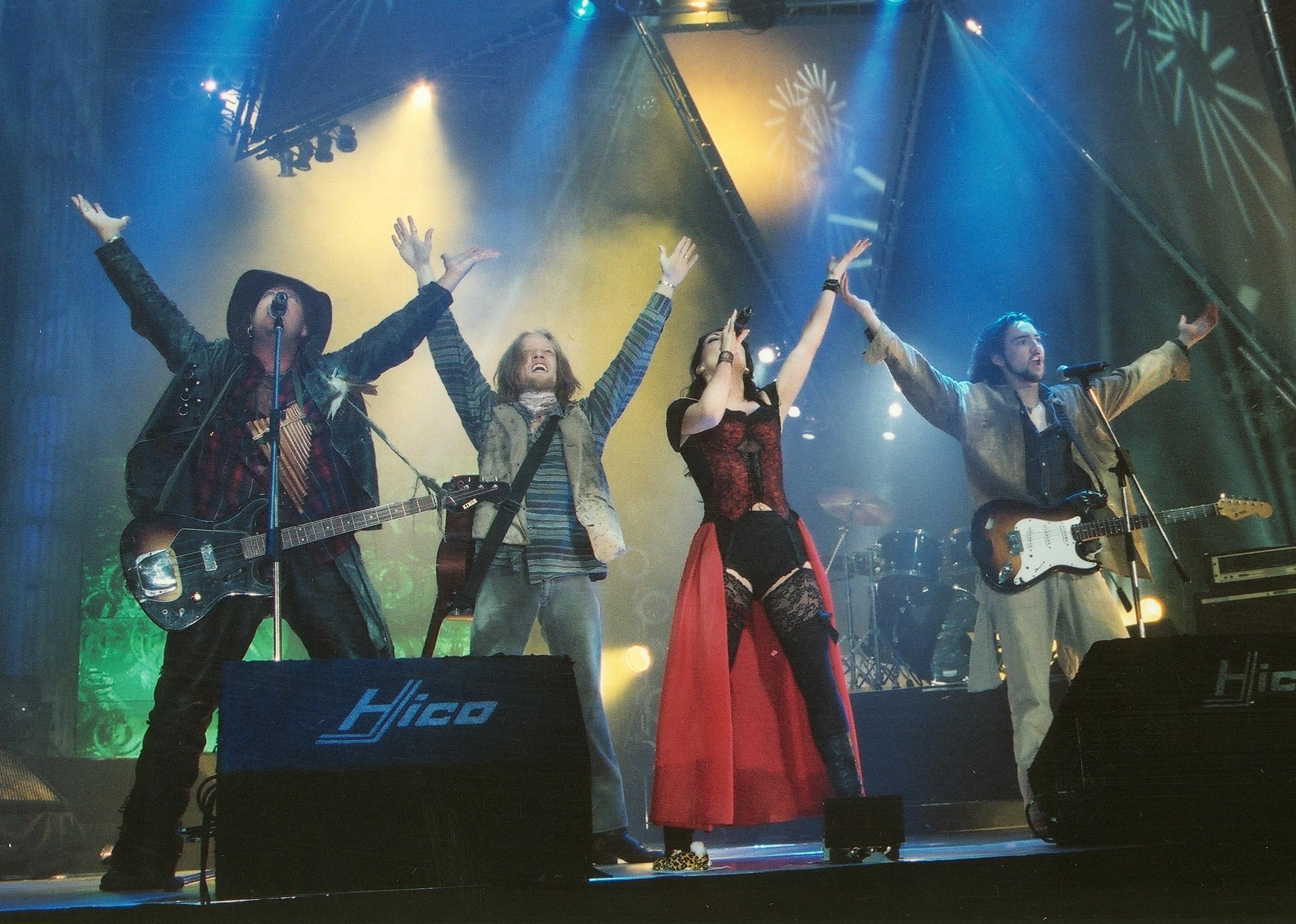 Based on the traditional American folk song "Cotton-Eyed Joe," Rednex, a Swedish group inspired by American hillbilly stereotypes, combined American country music with modern Eurodance. While some people were offended by the stereotypes of people living in the American South, the song became a #1 hit in at least 11 countries.

'Breakfast at Tiffany's' by Deep Blue Something 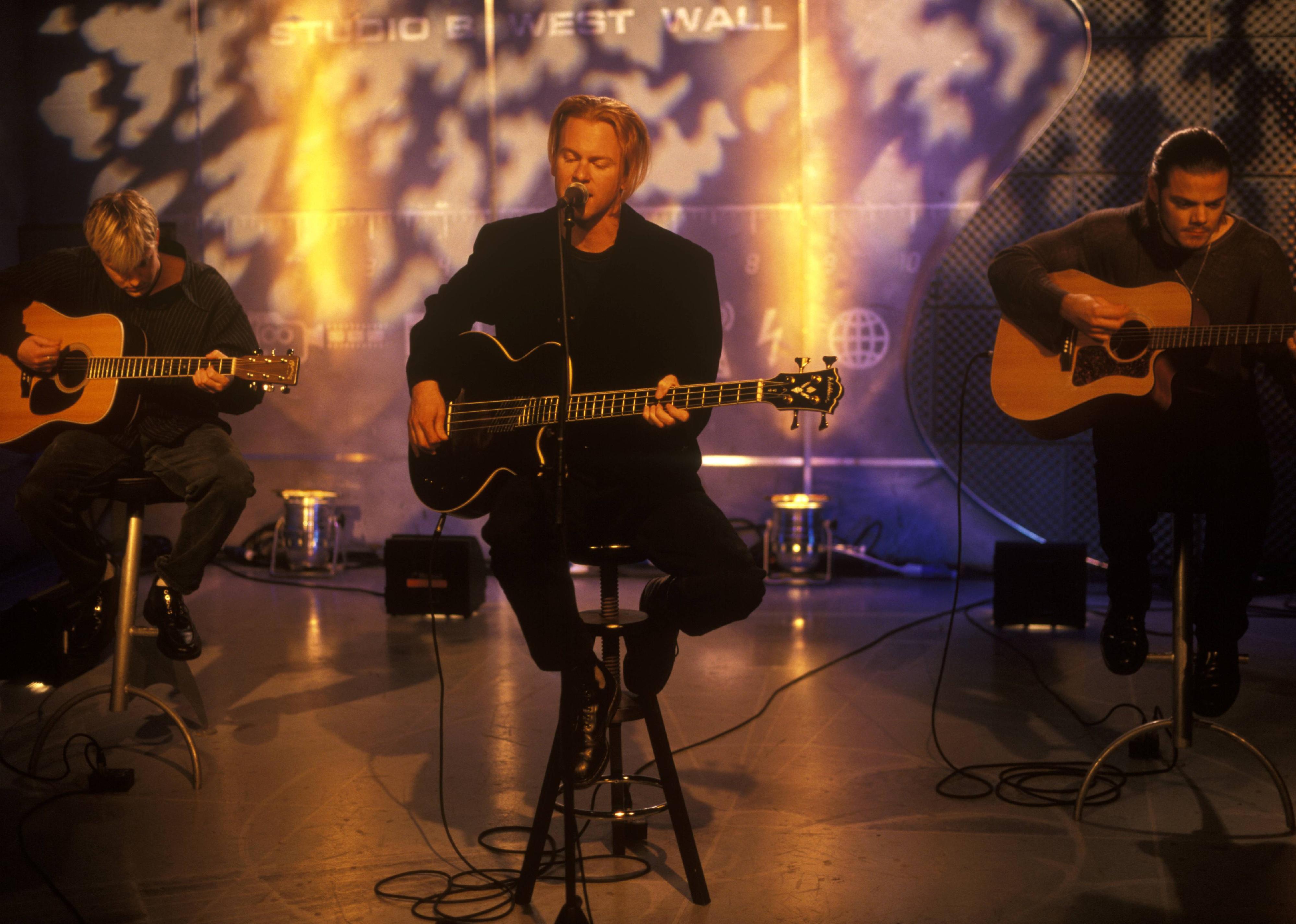 Inspired not by Blake Edwards' "Breakfast at Tiffany's" but by another Audrey Hepburn film altogether—1953's "Roman Holiday," this Deep Blue Something pop gem peaked at #5 on the U.S. Billboard Hot 100. After failing to have much commercial success following the song, Deep Blue Something went on creative hiatus for several years, but regrouped at the end of 2014, signing onto an independent label.

You may also like: 100 best rock albums of all time, according to critics This song about a woman named Macarena by Spanish Latin pop and dance duo Los Del Rio spent 14 weeks as Billboard's #1, the second most of any song in the 1990s. It gained popularity in the United States around the time of the 1996 Democratic National Convention when C-SPAN filmed attendees awkwardly dancing to the song in an afternoon session. The song continues to be one of the most recognizable of all time.

'I Got 5 on It' by Luniz featuring Michael Marshall 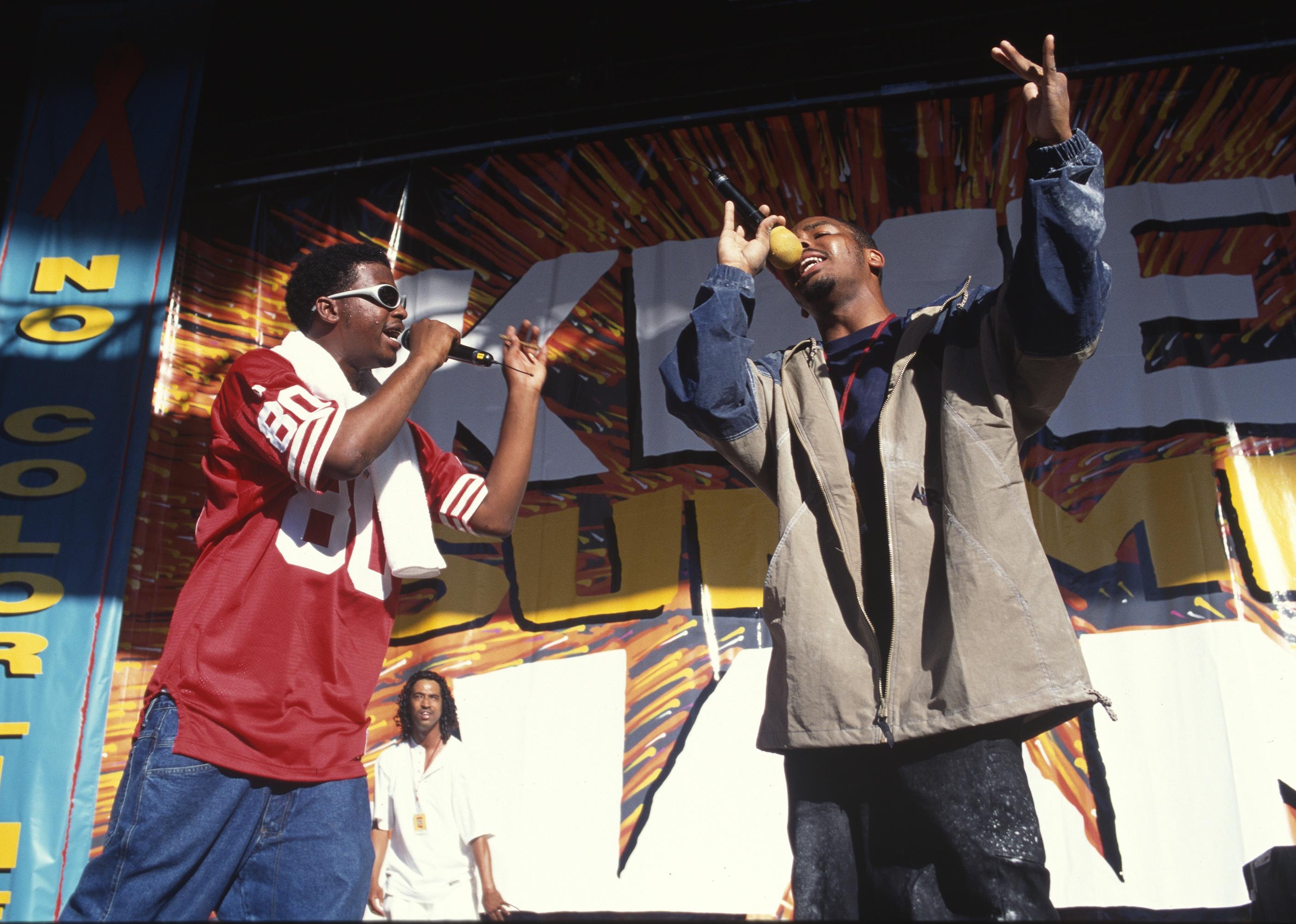 "I Got 5 on It" is a single from Luniz's debut album, "Operation Stackola." It was widely considered a San Francisco-area pot-smoking anthem, but it took on a new life as a creepy horror track after it was used prominently in Jordan Peele's 2018 film "Us." 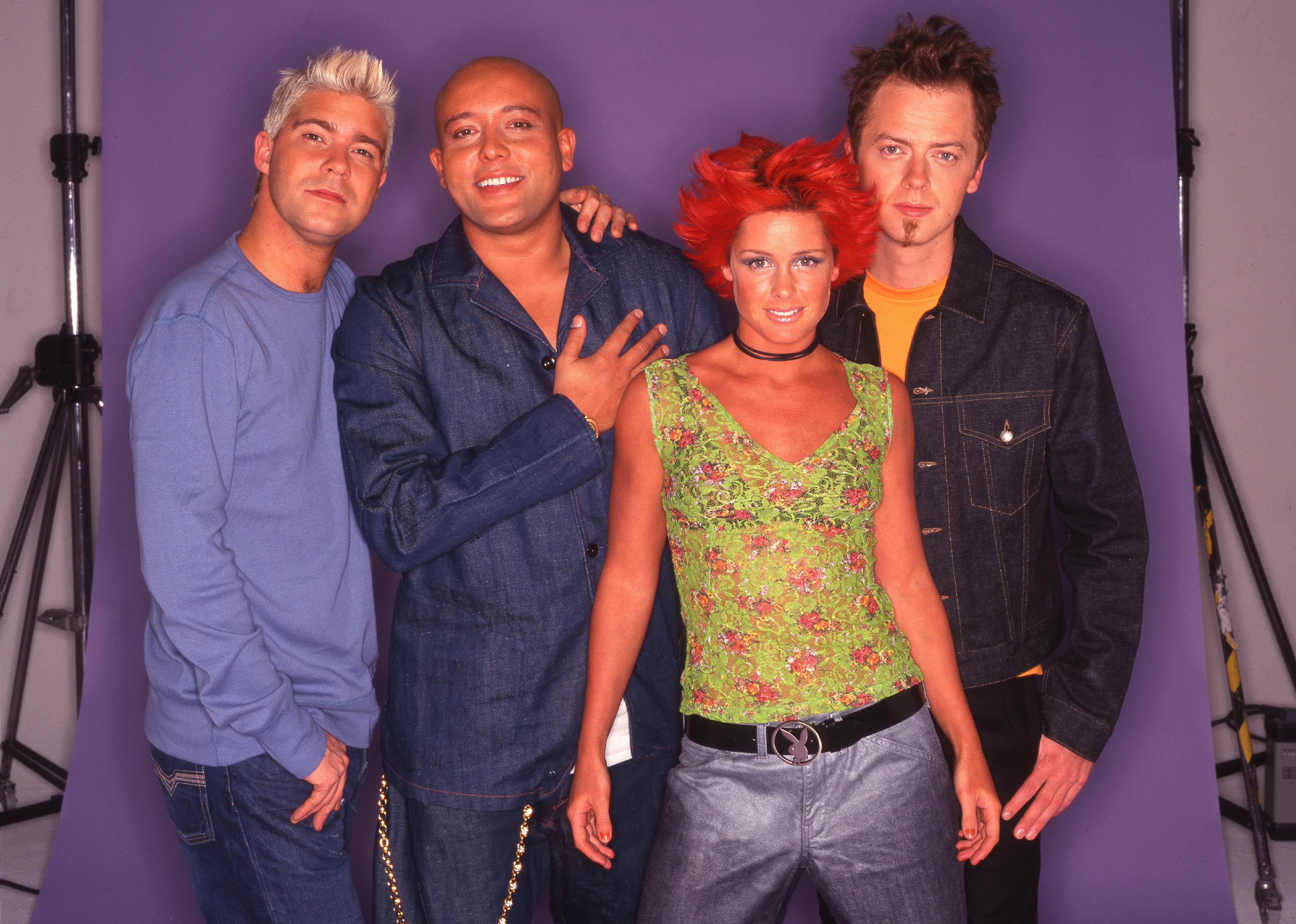 After Danish musician Soren Rasted saw an exhibit on kitsch culture in Denmark that featured Barbie dolls, he went home and wrote "Barbie Girl." It ended up being the biggest song of his career and one of the most famous songs in the world. With a tempo of 130 beats per minute, it has proven to be a lasting club hit. The song is, in fact, about Barbie and Ken, and Mattel filed a lawsuit against the band, which was later dismissed. In his ruling, the judge who ruled on the lawsuit said, "The parties are advised to chill." 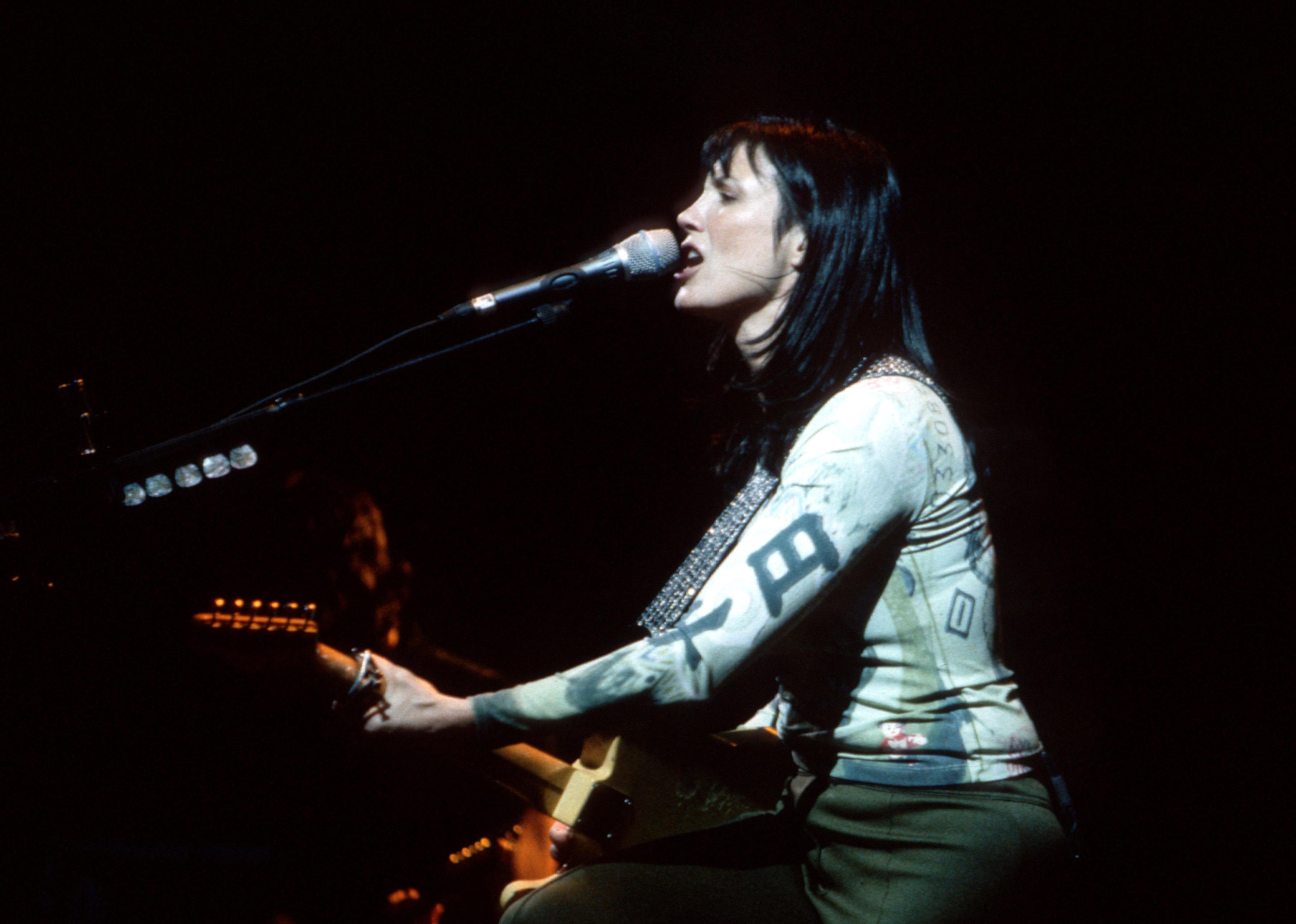 Meredith Brooks and songwriter Shelly Peiken wrote "B*tch" in a single day, after a period of malaise Brooks was feeling about her stalling music career. She turned that frustration into gold; the pop-rock staple charted for 35 weeks, revamping Brooks' career. Though initially thought by the label to be too lyrically explicit, the song is considered a feminist anthem about the multitudes women contain. 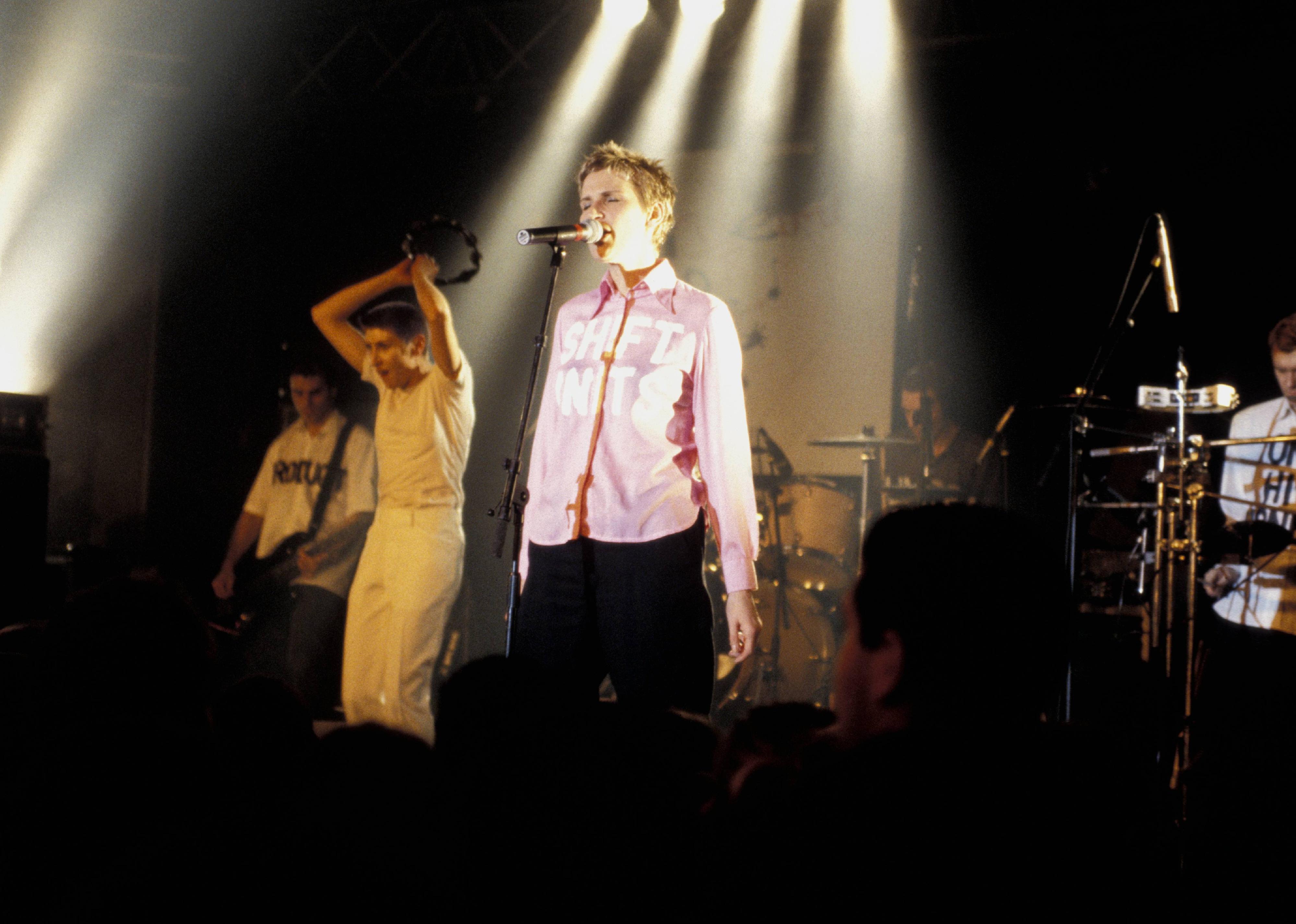 In the mid-90s, Chumbawamba wasn't in a good place. They had been together for 15 years and were feeling aimless. But "Tubthumping" changed all of that, injecting much-needed, long-awaited mainstream success into the mix. The song topped the charts in Australia, Canada, Ireland, Italy, and New Zealand and hit #6 in the U.S. They coasted on the success of the song for a while, releasing some new music and making a documentary. After 30 years together, the group split up in 2012.

You may also like: The richest country music stars

'Bitter Sweet Symphony' by The Verve 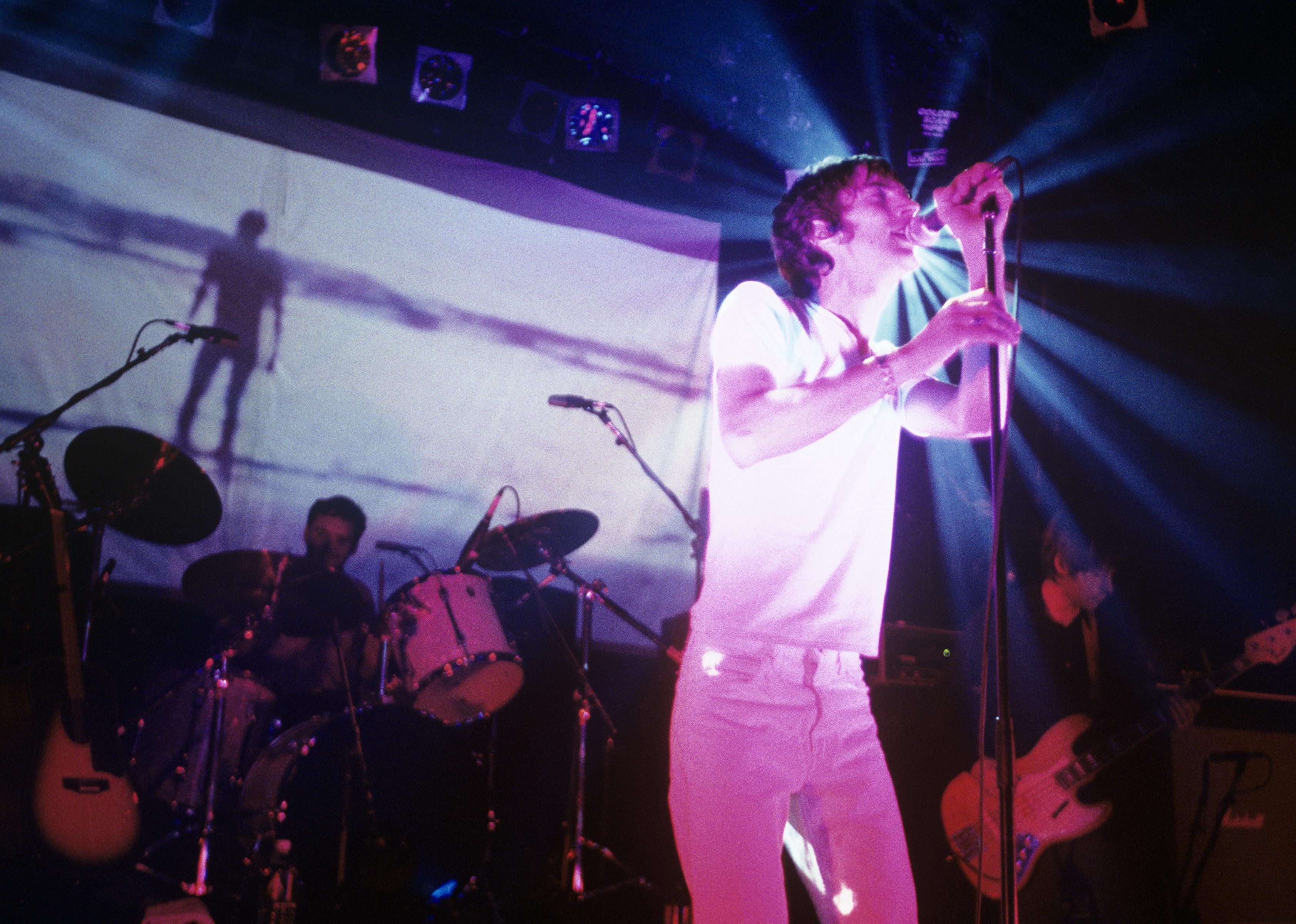 Sometimes, a hit song comes with some hiccups. The Verve's "Bitter Sweet Symphony" is based on a sample from a 1965 version of The Rolling Stones' "The Last Time." The group sought permission to use the song but was denied. They used it anyway and were forced to give up their royalties after the Stones filed a lawsuit. The story doesn't end there, however.

Following the death of Allen Klein, longtime Stones' manager and owner of the label that released many of the Stones' early records, Mick Jagger ceded the rights back to the Verve. The song remains a radio and stadium mainstay and is considered to be one of the greatest Britpop-era tracks of all time. 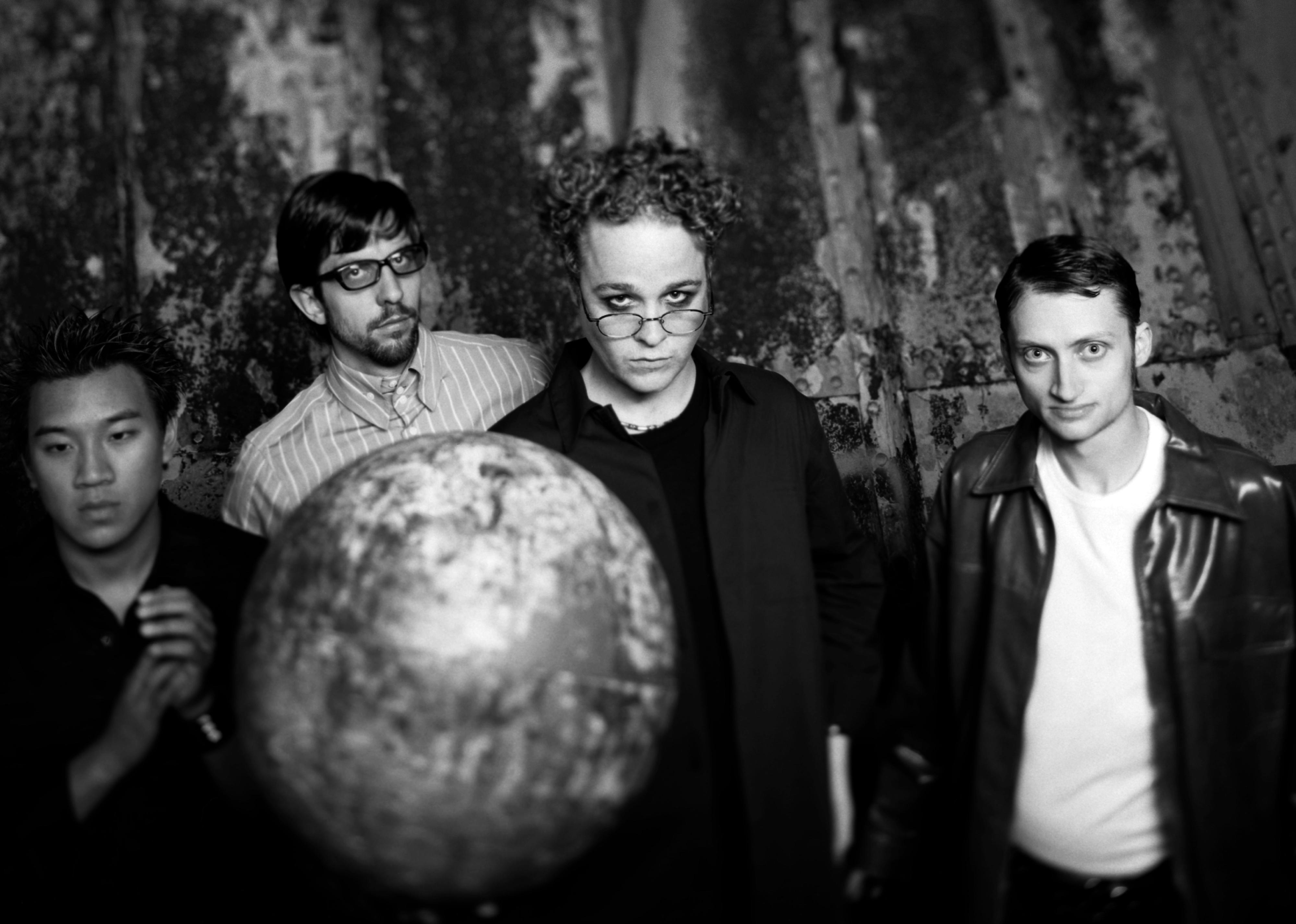 The group of University of Washington journalism students that became Harvey Danger in 1992 quickly gained local popularity, but it wasn't until a Seattle radio station put "Flagpole Sitta" into the rotation that the band really took off. The song served as a kind of demarcation point where the post-grunge, power-pop era ushered in the mainstream pop-punk era. Harvey Danger recorded a couple more albums before playing their final show in 2009 in Seattle. 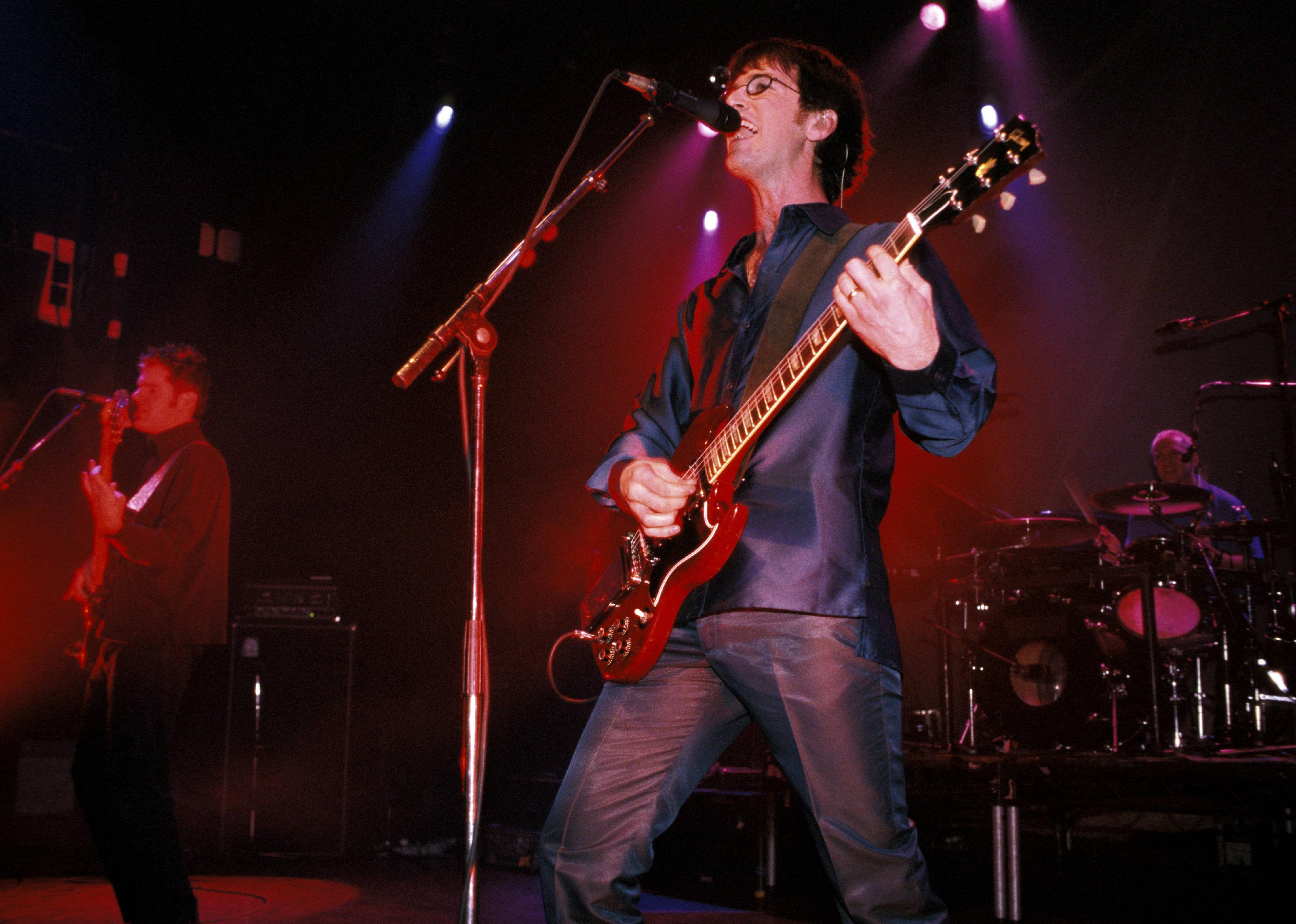 Still employed by bars everywhere in an attempt to get their last customers to leave, "Closing Time" was actually written for Semisonic to close their concerts. The song charted in 1999 and then again in 2011 after being featured on the TV show "The Office" and the film "Friends with Benefits." The band released its last album, "All About Chemistry," in 2001 and took a nearly two-decade hiatus before reuniting for the "You're Not Alone" EP in 2020.

'My Own Worst Enemy' by Lit 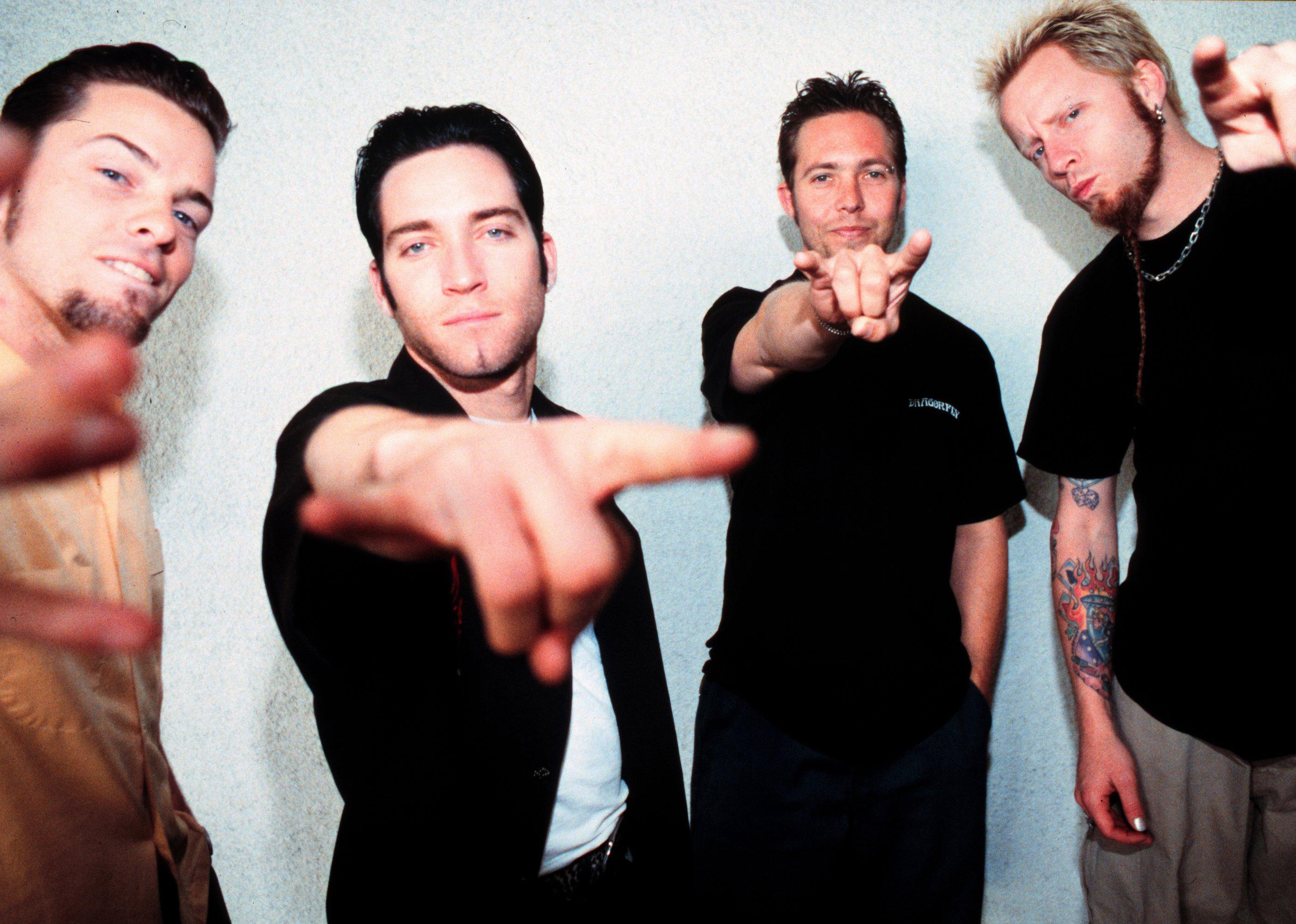 Lit guitarist Jeremy Popoff wrote "My Own Worst Enemy" about his many mistakes (including a run-in with the law over public nudity). He even recorded the song while nude in the studio. But what wasn't a mistake was writing this song, an alternative rock song that became a mainstream success for Popoff's ability to spin self-deprecation into gold. The band has released five albums since "Enemy" charted.

Originally written and recorded in 1949 by Cuban musician Dámaso Pérez Prado, it was later recorded by German singer Lou Bega for his 1999 album "A Little Bit of Mambo." Its unmistakable synths and infectious melody have made it a multigenerational favorite that DJs are guaranteed to play at many a wedding. While he has never since reached the heights of "Mambo," Bega has released a few albums since, including 2021's "90s Cruiser."

Most recent
26 athletes who competed into their 40s

Stacker took a dive into greatness by curating a list of 26 ageless athletes who competed well into their 40s, drawing on sites including Stathead and Olympedia.