Tom Cruise is getting his first major honor of awards season. In February, the “Top Gun: Maverick” star will receive the David O. Selznick Achievement Award from the Producers Guild of America, … 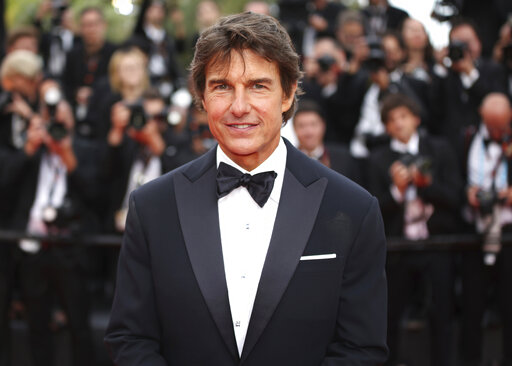 Tom Cruise is getting his first major honor of awards season. In February, the “Top Gun: Maverick” star will receive the David O. Selznick Achievement Award from the Producers Guild of America, the group said Thursday.

Cruise may not be best known for his behind-the-scenes work on movies, but he has been producing films since 1996’s “Mission: Impossible.” In addition to that ongoing franchise, including installments seven and eight which are scheduled to come out in 2023 and 2024, Cruise has producing credits on many of his own films, like “Vanilla Sky,” “The Last Samurai” and “Top Gun: Maverick,” and some that he didn’t act in, like “Elizabethtown” and “Without Limits.”

“Beginning with ‘Mission: Impossible,’ Tom Cruise has developed a talent for producing to match his extraordinary talent as an actor. Tom approaches producing with the same meticulous attention to detail he brings to all of his professional endeavors,” said Producers Guild Presidents Donald De Line and Stephanie Allain in a joint statement. “His commitment to telling bold, cinematic, and entertaining stories has elevated the global theatrical experience and has resulted in some of the most popular motion pictures in history."

The Selznick Award has gone to some of the biggest names in Hollywood moviemaking including Steven Spielberg and Kevin Feige. Last year’s recipient was “Dune” producer Mary Parent.

Cruise is expected to accept the award in person at the untelevised ceremony set for February 25 at The Beverly Hilton.

Iranian director freed on bail after going on hunger strike