Italian confectioner Ferrero said Wednesday it is acquiring Wells Enterprises, one of the largest U.S. ice cream makers, in a deal that will broaden both companies’ offerings. 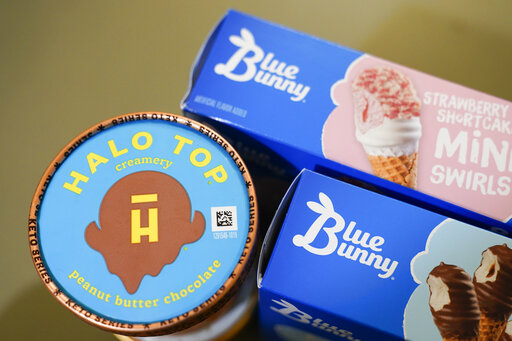 Italian confectioner Ferrero said Wednesday it is acquiring Wells Enterprises, one of the largest U.S. ice cream makers, in a deal that will broaden both companies’ offerings.

Wells, a 100-year-old family-owned company based in Le Mars, Iowa, makes Blue Bunny, Halo Top and other brands. It employs 4,000 people and produces more than 200 million gallons of ice cream per year at plants in Iowa, New York and Nevada.

The Ferrero Group, which was founded in Italy in 1946 and is now based in Luxembourg, is also family owned. Its brands __ sold in more than 170 countries __ include Kinder, Nutella, Tic Tac and Ferrero Rocher. Ferrero has more than 38,000 employees.

Terms of the deal weren’t disclosed. It’s expected to close early next year.

Mike Wells said Wednesday he met some of Ferrero’s leaders in 2019 on unrelated trip to Europe and sent them some ice cream samples in 2020. During virtual taste testings, Wells showed Ferrero how it could recreate some of the company’s treats using ice cream.

Mike Wells invited Ferrero’s leadership to an annual ice cream celebration in Le Mars in June, and the acquisition talks took off from there.

Mike Wells said the combination will give his company access to Ferrero’s brands and scale. Ferrero has 8,000 employees and 18 plants in North America.

Ferrero entered the U.S. market in 2017 with the purchase of Fannie May chocolates; the following year it bought Nestle’s U.S. confectionary business and Kellogg’s cookie and fruit snack business. It also owns candy brands like Nerds and Butterfinger.

Wells Enterprises' manufacturing plants will continue to produce ice cream but may pivot to indulgent treats under brands like Keebler or Ferrero Rocher.

“I look at it through the family’s eyes and through this community that’s all things ice cream,” Mike Wells said in an interview with The Associated Press. “You’ve got one big company that only does one thing. And if there is a challenge to that category, if things go wrong, you risk everything.”

“I’m excited for my employees because now they can afford to have an off year and not have it threaten the entire future of the organization,” he added.

Although Ferrero is private, it reported consolidated revenue of 12.7 billion euros ($13.3 billion) in its fiscal year that ended Aug. 31, 2021. Mike Wells wouldn't reveal his company's annual revenue but said it has surpassed $1 billion.

The acquisition gives Ferrero an ice cream platform in North America, one of the most popular markets for ice cream. U.S. ice cream retail sales rose 5% over the last year to $7.2 billion, according to Nielsen.

Route to Super Bowl is long, dangerous for Mexican avocados

Why a new Alzheimer's drug is having a slow US debut

Ukraine may also get old Leopard 1 tanks from German stocks