Liberty is hiring Coastal Carolina’s Jamey Chadwell to replace Hugh Freeze as the Flames’ head football coach. A person with knowledge of the decision tells The Associated Press that a deal was … 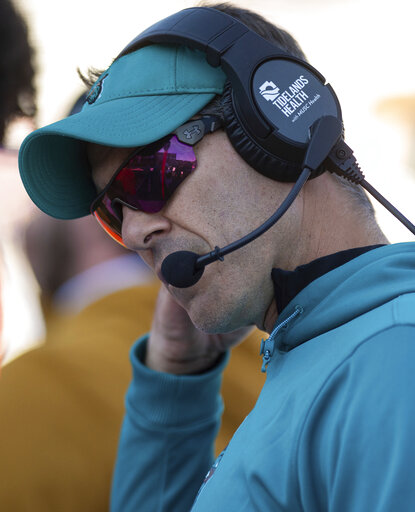 A person with knowledge of the decision told The Associated Press on Sunday that a deal was done but spoke on condition of anonymity because an official announcement from Liberty was still in the works.

Freeze left Liberty after four years to accept the same position at Auburn.

Chadwell has guided the Chanticleers to new heights over the past three seasons, leading them to a 31-6 record and consecutive bowl games. The Chants appeared at No. 23 in the AP Top 25 but lost 47-7 at James Madison in their regular-season finale with starting quarterback and Sun Belt player of the year Grayson McCall sidelined.

They were beat again Saturday, 45-26, by Troy in the Sun Belt Conference championship game.

Chadwell also has guided programs at North Greenville, Delta State and Charleston Southern and has a career mark of 99-57 as a head coach.

The Flames were ranked in the AP Top 25 this year, winning eight of their first nine games, but closed the season with three straight losses. They will make their fourth bowl appearance in a row this year and are moving to Conference USA next season.

James has triple-double, leads Lakers past Knicks in OT