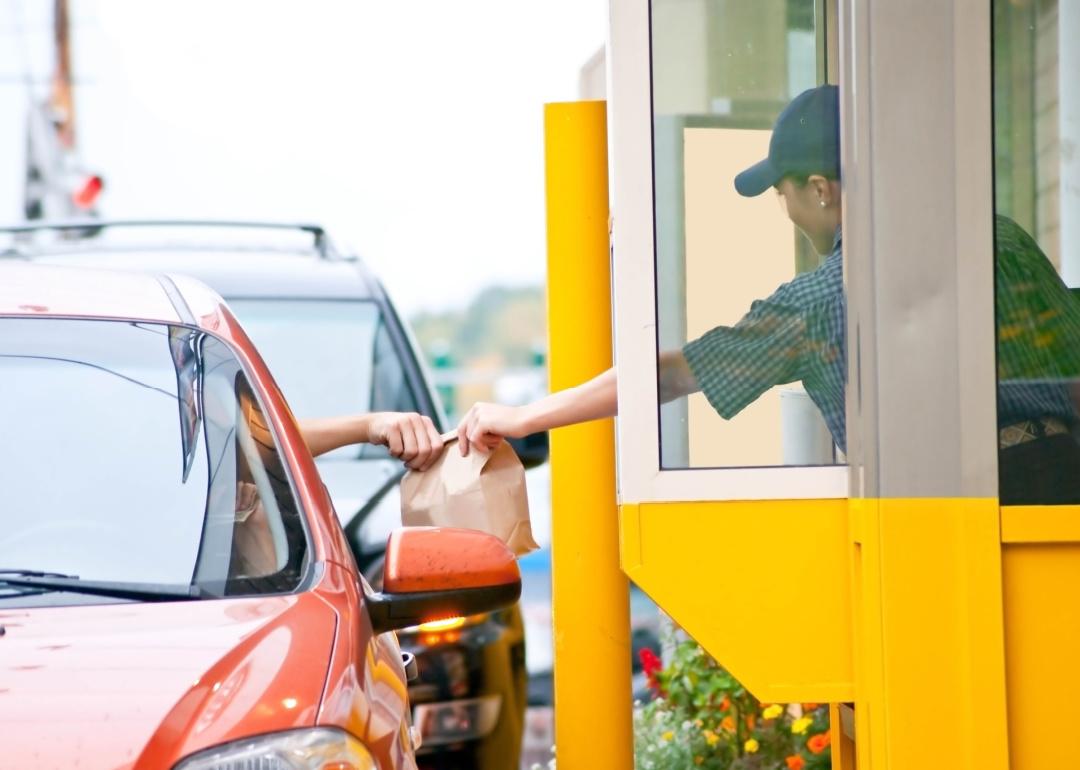 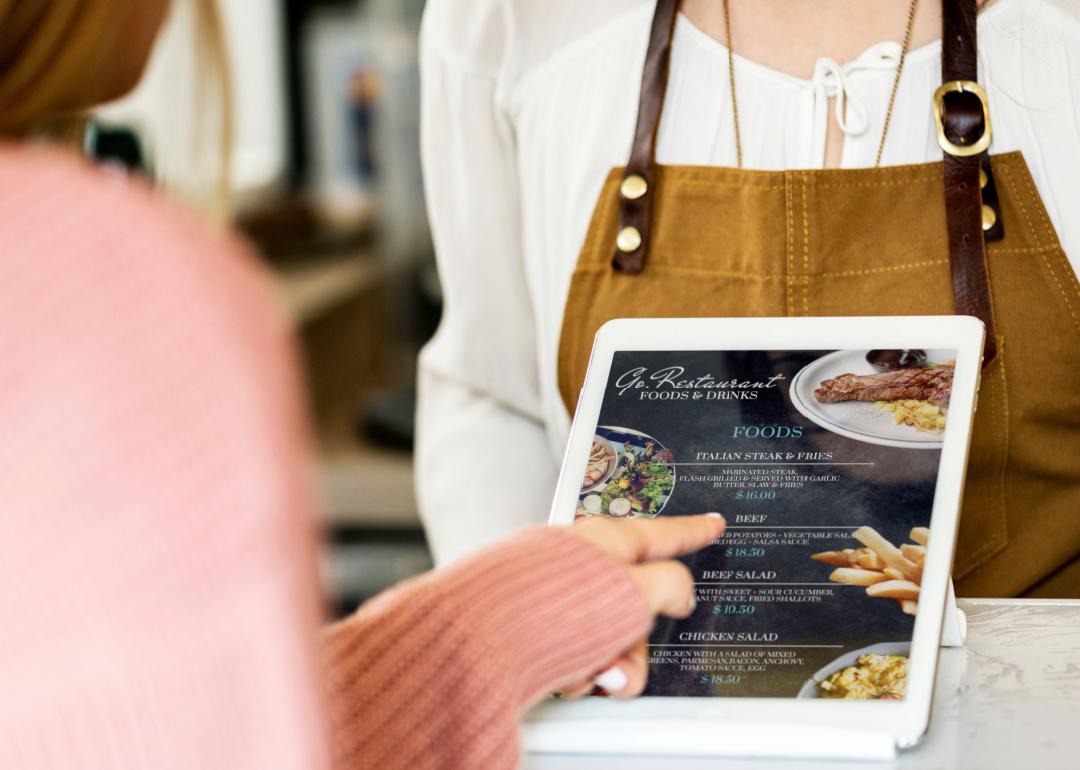 What must it have been like to run a restaurant before the invention of electricity and air conditioning? Or the availability of trains and trucks that can deliver fresh food supplies daily? While the concept of going out to eat probably seems like it hasn't changed much since the earliest known restaurant opened in Austria in the ninth century, the way that restaurateurs run their business has changed dramatically. As the food service industry has evolved throughout the years, major innovations like refrigeration, walk-in freezers, microwaves, and secure and sanitary plastic and stainless steel containers have transformed the way we eat.

These days, restaurants are increasingly in need of new technologies to reduce food waste and overhead costs. Task Group analyzed news and trends across the industry to round up 10 innovations at the forefront of technology in the restaurant industry, from tabletop ordering tablets to incinerating dehydrators that turn leftovers into compost.

While artificial intelligence and other cutting-edge software power some of today's tech innovations, others are simply the long-awaited collaboration between engineering and the restaurant industry, some of which emerged out of necessity during the coronavirus pandemic.

Keep reading to learn about the drones, robots, and management software that are bringing restaurants into the future. 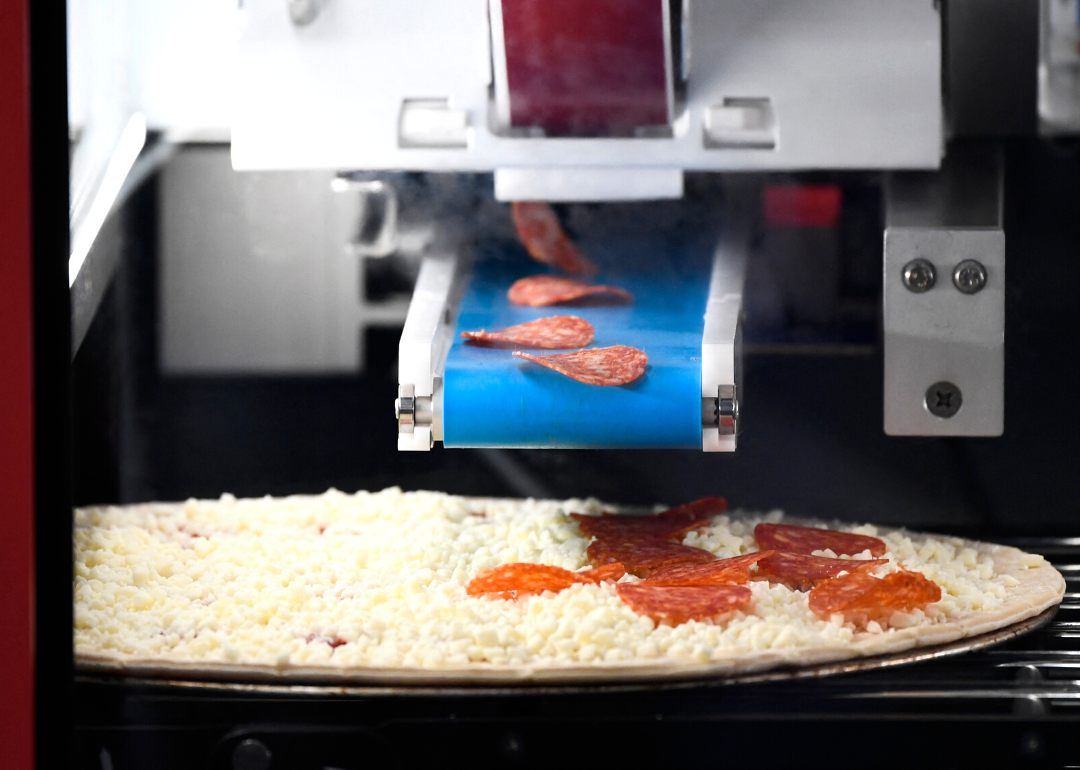 The coronavirus pandemic left restaurants in a severe jam, between stay-at-home orders leading to overall lower sales and the virus itself resulting in an ongoing shortage of available workers. But the challenge also yielded progress on automated help.

Pizza chains already lead the way in some aspects, which makes sense—a pizza is a predictable, programmable size that needs to be cooked the same way every time. Take a peek behind the counter at a Little Caesar's or a fast-casual chain like Blaze, and you'll see the future at work. Seattle-based Picnic Works promises 100 pizzas per hour with just one employee at the helm of its dough, sauce, cheese, and toppings machine. 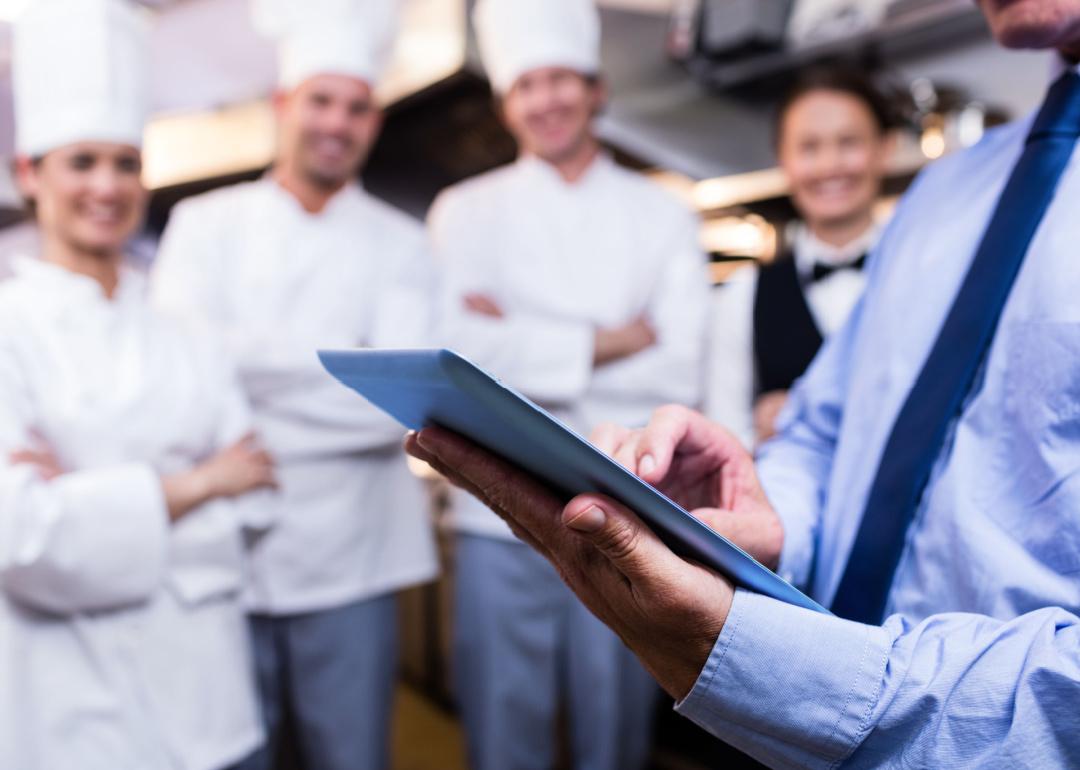 By now, many consumers have experienced point-of-sale systems at farmers markets and small businesses. But for restaurants, kitchen management software can go much further.

Robust systems can track inventory and even use-by dates for valuable fresh produce. Customers who return are welcomed with a record of their past orders and even their favorite dishes as well as service adjustments, such as a discount on their next order. 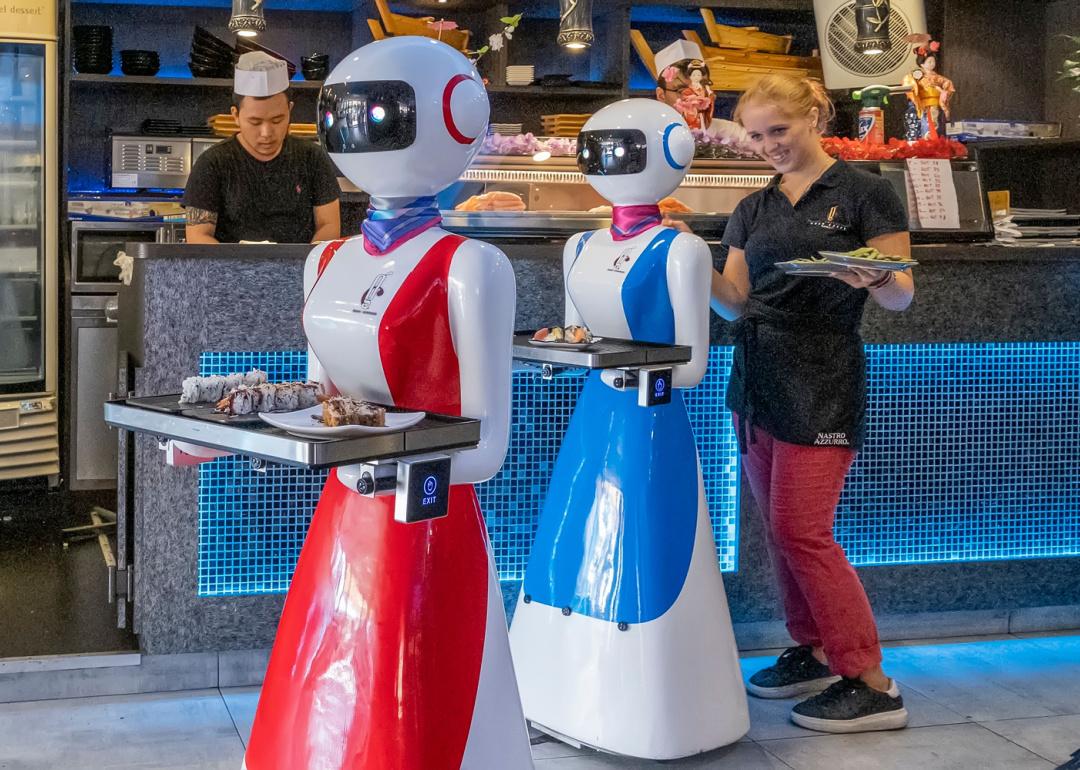 Food runners, as opposed to bussers or servers, are restaurant employees whose only role is to bring the food out to customers when it's ready. Tech giant LG developed a robot helper called the CLOi ServeBot that can be programmed to run food instead.

Restaurants can code these robots with maps of their dining spaces and tables, but from there, the robots do the work, carrying trays of food to customers. They can even track order changes and additional items via a touchscreen interface. 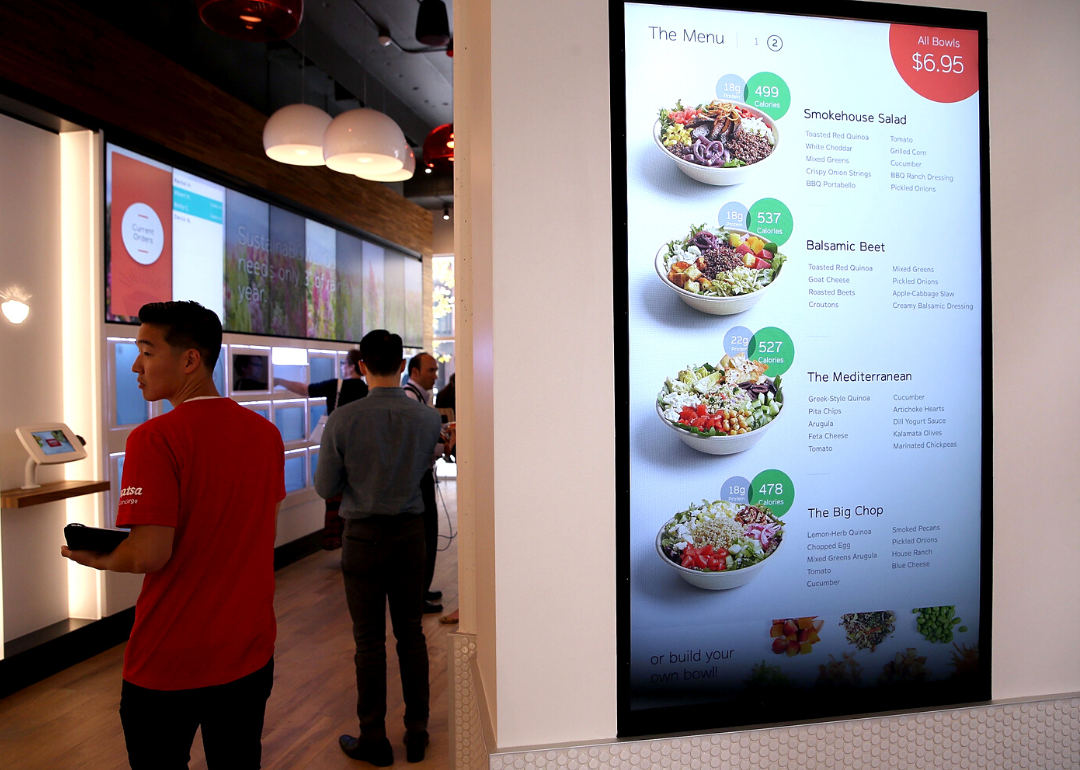 In addition to the aforementioned pizza automation technology from Picnic Works, other types of restaurants are finding ways to automate their processes as well.

The Bay Area startup Mezli, for example, is a self-contained and fully automated restaurant that serves grain bowls. The ingredients are already cooked and then reheated when ordered via machines inside the mobile restaurant. After an order is placed, the machinery puts the requested combination of items into a bowl to complete the order.

This concept may displace employees, but it harkens back to a time when the automat restaurant ruled the early-to-mid 20th century, offering an experience between a vending machine and fast food. 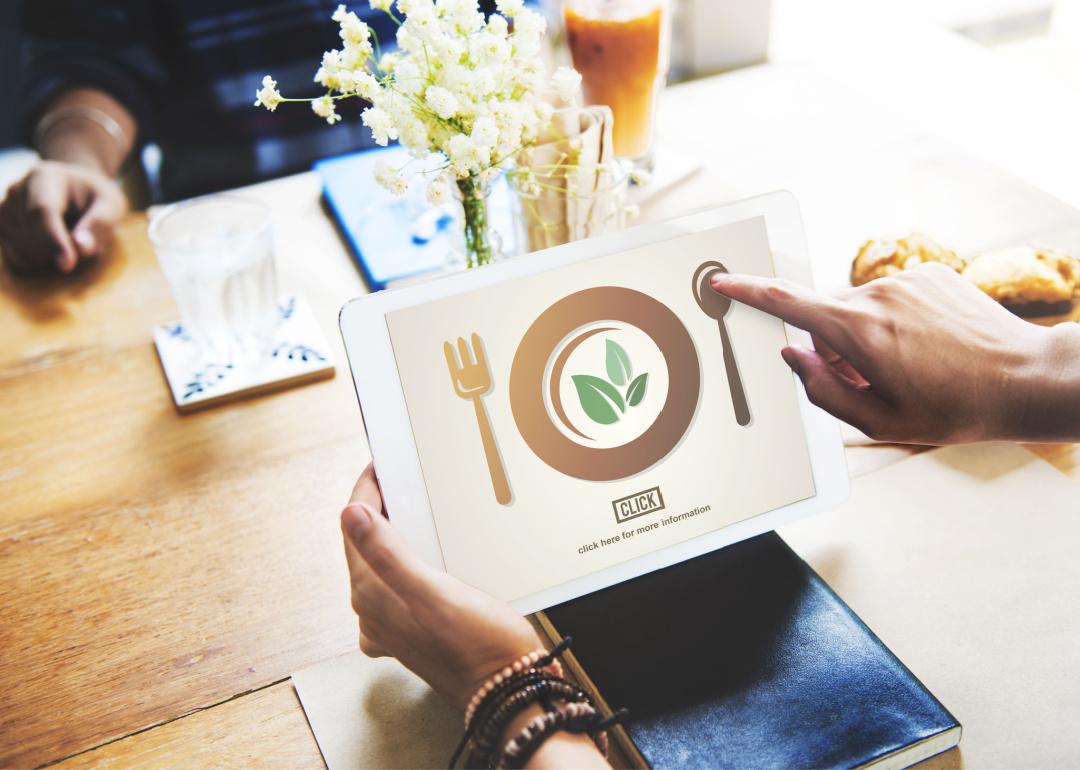 On-table tablets have been around for almost a decade now at American chain restaurants, with Applebee's spearheading the trend in 2014. The tablets help streamline parts of the restaurant experience that can otherwise create bottlenecks. Customers can use them to order instead of trying to catch a server's attention and they can also use the tablets to pay their bill without waiting for their server to run their credit card or bring them change.

While some may say that tablets remove the personal touch only a server can provide, there's an entire arm of the restaurant industry, like buffets and fast-casual restaurants, where servers already aren't the norm. 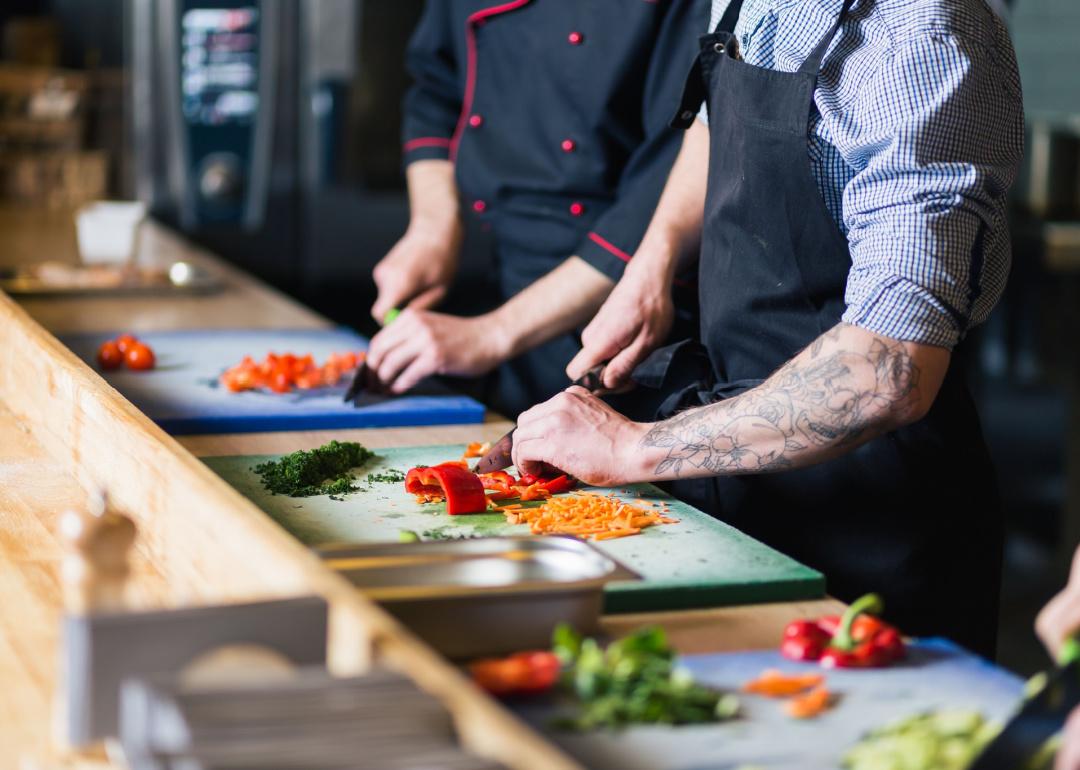 Food waste is a major problem worldwide, from grocery stores to institutions like schools and hospitals to home kitchens, but it's particularly problematic for restaurants. In recent years, however, food waste analytics have made it much easier for restaurant employees to solve the issue.

A food waste analytics company offers software restaurant employees can use with digital measurement tools to track inventory and sales to help forecast the restaurant's needs. Furniture giant Ikea, for example, made news in October 2022 for cutting its food waste in half after consulting with an analytics company called Winnow. 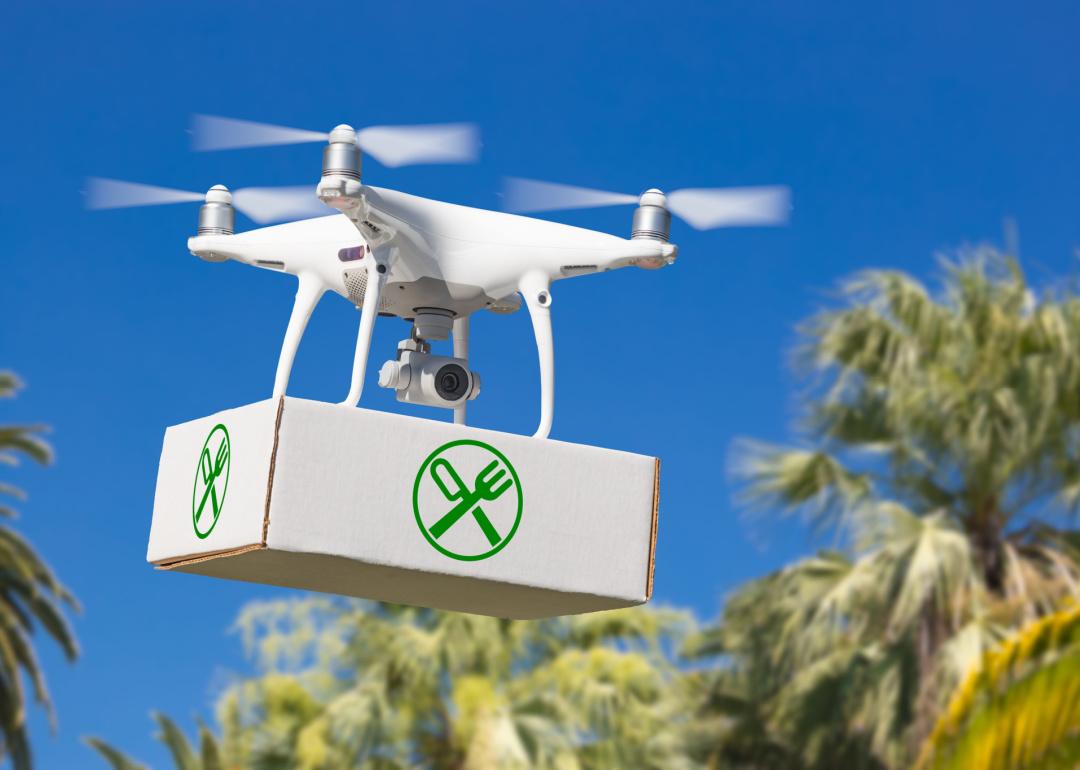 Researchers estimate that "last mile" logistics, the transportation of a product from the production hub to the customer's door, make up more than 50% of the total cost of bringing goods to consumers.

Rather than delivering goods via car, bike, or truck, drones can help minimize how much time and money goes into the last-mile stage by avoiding traffic and requiring less of a human touch. Regarding food delivery via drone, Domino's delivered the first pizza by drone in New Zealand in 2016. In 2022, a company called Flytrex started delivering food via drone in North Carolina and Texas. 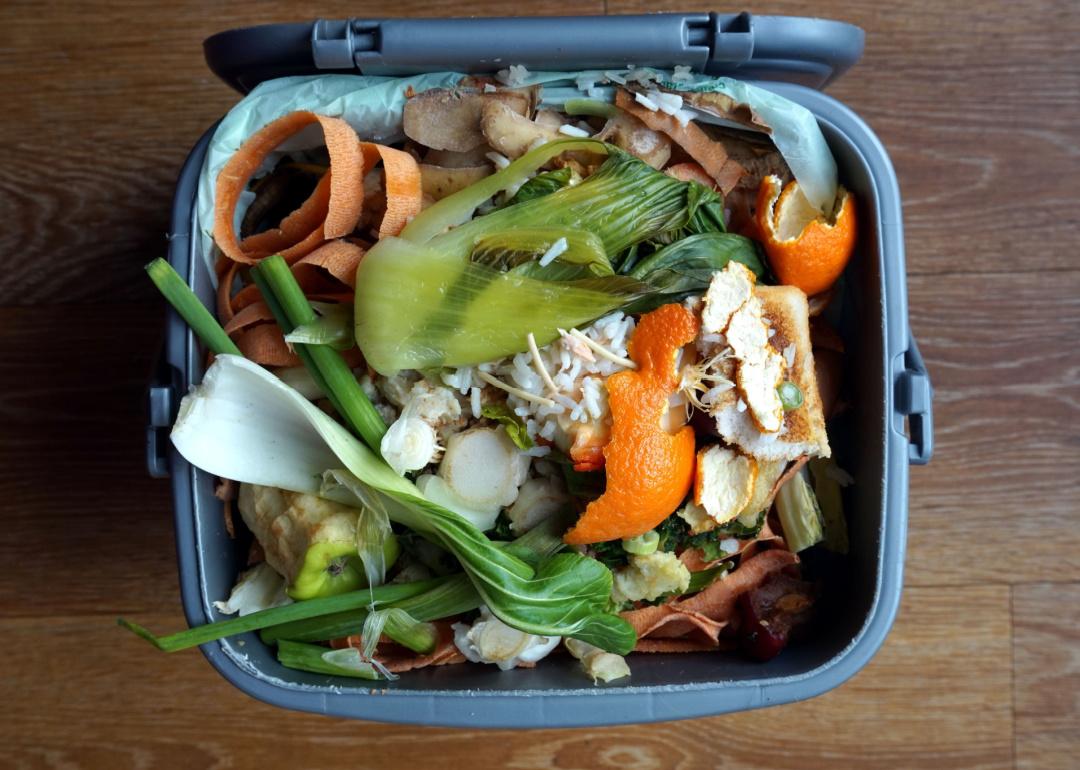 Composting has seen exponential growth in America in the 21st century. In 2000, the U.S. composted 680,000 tons of food compared to 2.59 million tons in 2018, according to the Environmental Protection Agency. That's a 280% increase since the turn of the century.

On an individual level, folks with access to compost bins can process their natural food waste and avoid adding to landfills. But composting is also helpful for local restaurants and even chain-scale kitchens, which use incinerating dehydrators to reduce both food waste itself and removal costs. Not only is it better for the environment, but it is also logistically easier and more economical to dump one truckload of processed compost versus three or even 10 truckloads of food scraps that must go to the landfill. 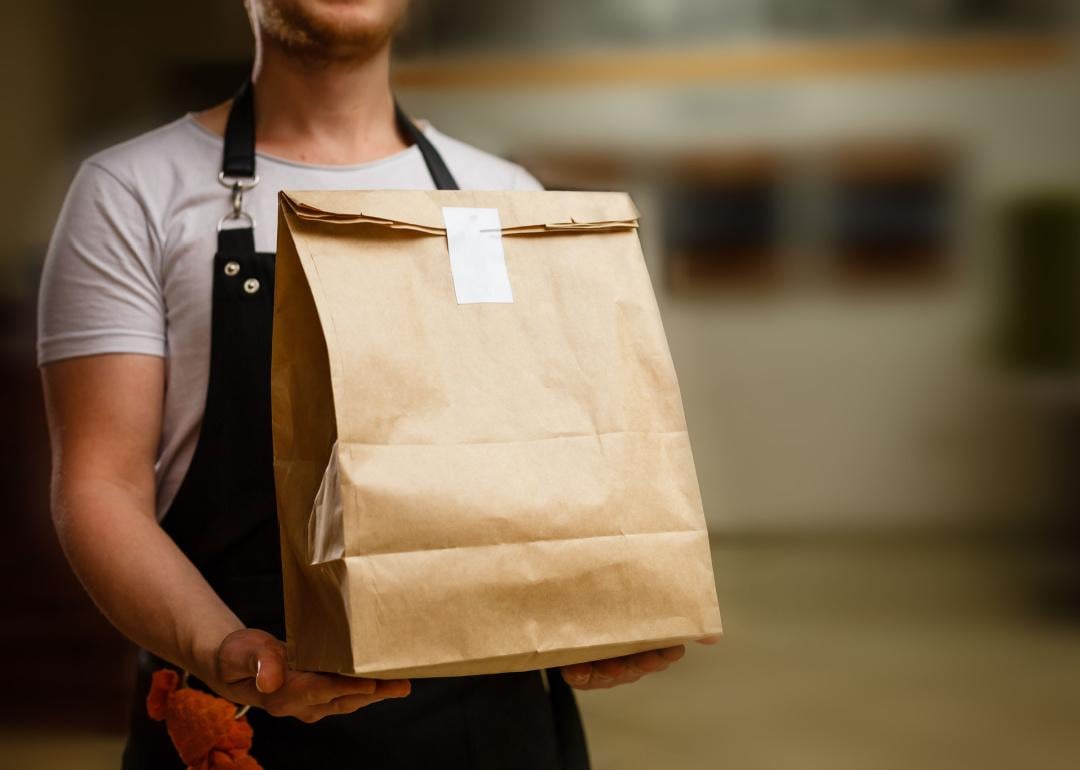 Cloud kitchens, also known as ghost kitchens, aren't a brand-new phenomenon but definitely gained much attention during the pandemic. According to research by Technomic and the National Restaurant Association, 15% of restaurant operators reported using a cloud kitchen before the pandemic; by May 2020, that grew to 51% using cloud kitchens for at least a portion of their delivery orders.

With no dine-in customers, cloud kitchens only allow food to be prepared commercially for delivery or pick-up service. In addition, for chain restaurants with specific identities, ghost kitchens offer a way to expand into serving other meals or kinds of cuisine. For small culinary businesses like caterers, a ghost kitchen can provide an opportunity to move into a new market without finding and developing a restaurant space.

Drive-thru dining had a resurgence during the pandemic, offering customers a way to stay outdoors while still visiting their favorite restaurants. Drive-thrus typically involve an employee listening to a customer's order, manually entering it into the register, taking their payment, and then fulfilling their order, which creates multiple opportunities for things to go awry.

Recently, however, the advancement of artificial intelligence has streamlined the drive-thru process. Customers can talk through a speaker equipped with AI that can place the order, provide the customer's total, and pay via a kiosk instead of having to stop at two windows to pay for and receive their food. Chains like McDonald's, Panera, and Sonic Drive-In have all been working on perfecting AI drive-thru ordering in recent years.

This story originally appeared on Task Group and was produced and distributed in partnership with Stacker Studio.