With Marine Toys for Tots, Anyone Can Be Santa

(NewsUSA) - The mission of the Marine Corps Reserve Toys for Tots Program is to bring hope and joy to children in need through the gift of a new toy, book, or game, at Christmastime and …

With Marine Toys for Tots, Anyone Can Be Santa 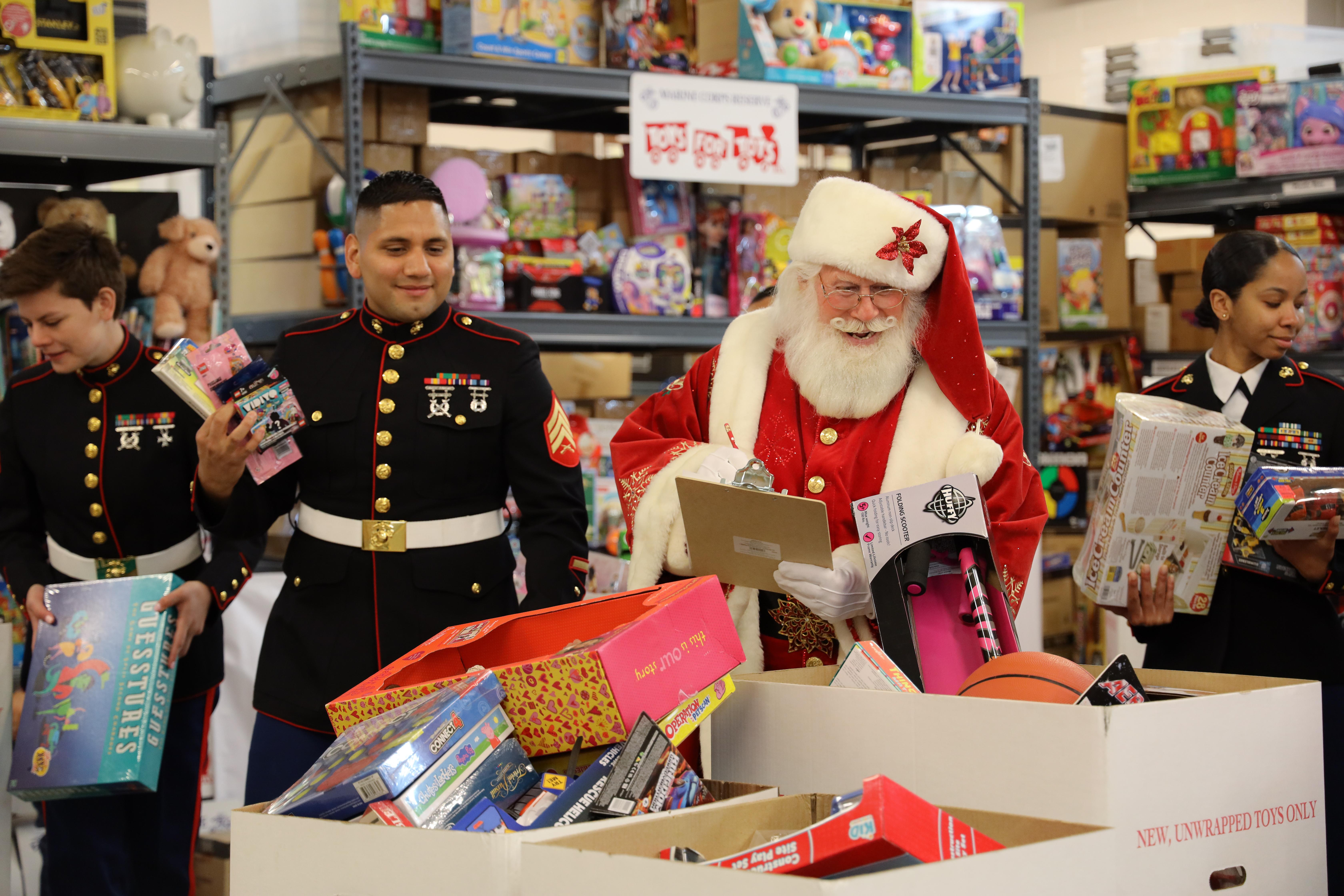 - The mission of the Marine Corps Reserve Toys for Tots Program is to bring hope and joy to children in need through the gift of a new toy, book, or game, at Christmastime and throughout the year.

Each year, the Program strives to reach more underprivileged children, and the success of the mission is made possible by the generosity of the American public. No matter how an individual, company, family, or organization donates, every supporter has a story, and, in their own way, everyone who contributes and supports Toys for Tots can be “Santa” to children in need.

One such Santa is Mr. Irwin Chu. For 20 years, Mr. Chu has been bringing joy and hope to impoverished children through his “Miles of Smiles Bike Drive,” which he created to honor the memory of his son, who was killed in a car accident at age 16.

“As a family tradition, each of us always gave a bike and helmet to the ExxonMobil toy drive in Maryland,” said Mr. Chu. After his son’s death, the family honored his memory by continuing the tradition of donating bikes and helmets to children in need. As the years passed, friends and other community members joined in, and soon, Mr. Chu was donating over 1,000 bikes a year. With the influx of donations, the storage space became even more limited at ExxonMobil, so Mr. Chu reached out to the local Toys for Tots campaign and asked if the Marines on base could assist with the assembly—of course, the Marines stepped up! Throughout the past 20 years, the bike donation has continued to grow, and numerous volunteers have gathered at the Marine Corps base to be “Secret Santas” to assemble bikes and helmets for distribution to less fortunate children.

The support from the community members, individuals like Mr. Chu, as well as donors across the Nation, have a far-reaching and lifelong impacts on the underprivileged children in their local area—and the positive memories can have a rippling effect on their future choices in life. Just like the impact that one donor’s gift had on a young girl, who now serves in the United States Marine Corps— the “Secret Santa” not only gifted this young girl with a toy, but also instilled hope for a brighter future.

Major Mariela Pena, a United States Marine assigned to 1st MLG, I MEF, knows firsthand that anyone can be Santa. Maj. Pena was a recipient of Toys for Tots as an immigrant from Nicaragua in 1987 when she was nine years old. Maj Pena’s family was grateful to be together in San Jose, California, for their first Christmas in the United States, but resources were scarce, and the family had decided to conserve funds and forego Christmas gifts.

A few days before Christmas, Maj Pena and her family walked outside to see Marines in uniform stepping out of a five-ton truck, filled with toys. Maj Pena recalls, “We got the biggest Christmas I think we had ever experienced in our entire lives. I got a yellow bunny stuffed animal that I also used as a pillow.”

Sometimes, it’s not just the physical gift of the toy that resonates with a child—receiving the stuffed animal meant much more than just a Christmas gift to Maj Pena in that moment. “I remember coming outside of the house and seeing the five-ton truck full of toys, and I [knew] that I was going to drive trucks in the Marine Corps, forever,” said Maj Pena. For 26 years, Maj Pena has been serving our country. The “Secret Santa” who donated the yellow bunny not only gave Maj Pena a gift at Christmas, but also gave her hope and inspiration to become a United States Marine.

Toys for Tots is fortunate to have “Secret Santas” across the Nation, and they are “Secret Santas” for a variety of reasons. From physically donating, to lending a hand during a toy distribution, the support that our donors and campaign volunteers give sends a message of hope for a brighter future. Because what may seem like a simple contribution of time or money can give a lifetime of hope and a security—that’s the magic that Santa brings to families and children in need across the country.

Give now, and help make this a hopeful, happy Christmas for less fortunate children across our great Nation! When you give to Marine Toys for Tots, 97% of your tax-deductible gift goes directly to buying the toys, books, and games that give children in need the Christmas they deserve. Visit www.toysfortots.org to make a difference and change a life! After all—anyone can be Santa!

15 colleges that have produced the most Super Bowl players